The talent looking to end the US F1 driver drought 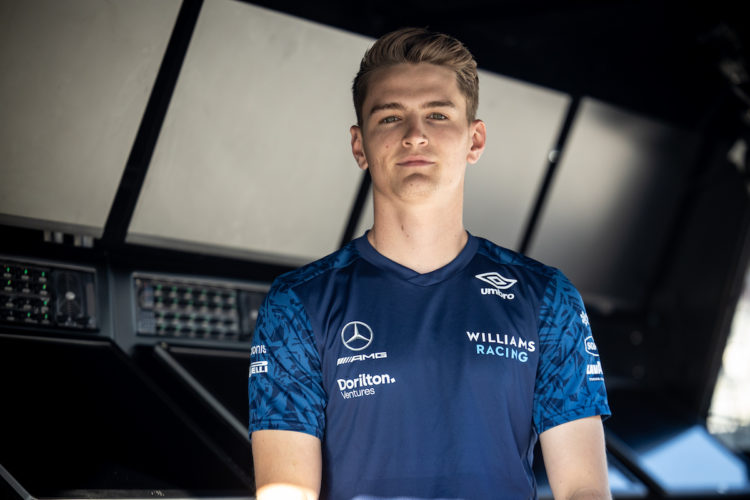 Formula 1’s recent 400,000 attendance at the United States Grand Prix was a clear indication of how the championship has boomed in the country in recent years.

In 2022, there will be a second permanent race on the calendar with Miami joining the schedule, and discussions are understood to be ongoing regarding a potential third US-based round, potentially in Las Vegas.

There’s a US-owned team on the grid, which admittedly now is difficult for fans to root for, given its stagnant position at the back of the F1 grid this year.

But a huge hole that F1 is surely keen to fill is the presence of an American driver.

Despite the prominence of the US in the motorsport landscape, and having multiple victors and World Champions, since the turn of the 21st century there have been just two representatives: Scott Speed and Alexander Rossi had short and unsuccessful stints with backmarker teams. Could the drought be nearing its conclusion?

More accustomed to Europe, and its racing ladder, is Logan Sargeant, who recently became a member of Williams’ driver academy. The deal, announced over the US Grand Prix weekend, comes at a convenient time for Sargeant, who hails from Boca Raton, Florida.

“I think F1 as a whole is having a really positive effect for American drivers and American companies, Liberty Media now owning it,” Sargeant said. “I think there’s a whole wave of Americans coming into the sport, which is really growing in the US, with the fans, as well as Netflix, I think it’s all just super positive for me as a driver being American and also American companies.”

Sargeant will gain valuable time working with an F1 team, listening into engineering briefs while also carrying out simulator and development work at its factory in Grove.

Naturally, Sargeant will hope this turns into free practice outings and eventually a race seat in F1, filling that large, American-sized void that has been left on the grid in recent years.

Signing with Williams is further commitment to the F1 scene, which currently sees Sargeant situated far from home – a difficult scenario for anyone. But for the 20-year-old, his new role at Williams can be something of a distraction for his homesickness, all the while improving his career prospects.

In 2020, Sargeant came close to winning the F3 championship with Prema, but fell short at the final round to team-mate Oscar Piastri. This year, he remained on the F3 grid, finishing seventh in the series with Charouz and scoring 80 per cent of the team’s championship points.

The drivers with which Sargeant battled in 2020, including Piastri, Theo Pourchaire and Liam Lawson, progressed to Formula 2. Piastri currently heads the Drivers’ standings with two rounds remaining in the campaign while Pourchaire and Lawson – who was also a title contender in DTM – have captured the attention. Despite seeing his former rivals progress while he was grounded in F3, Sargeant says the situation has been positive for him.

“Last year I felt more like just a driver going out there, do it for himself, and I knew I had the car capable of winning,” Sargeant said. “This year was more like alright I know what I can do but how can I use what I know to move this team forward. I did learn this year in terms of maturity, I think that can really help me in the future.

“I’d say seeing their [former F3 rivals] success was actually a very big positive for me, I know I matched up just as well as them when we raced each other. That was a positive knowing that I could go and do what they’ve done this year, I believe in myself. It was difficult to see them at the next level but it is what it is and at the end of the day you’ve got to keep focused and move forward.”

Sargeant doesn’t need to be a product of F1’s push into America. Nevertheless, there’s little downside to the scenario of the next potential American F1 talent having the skills, and in time the experience, to make a career in motorsport’s premier category.