Would it be so wrong for F1 to return to ‘Sin City’? 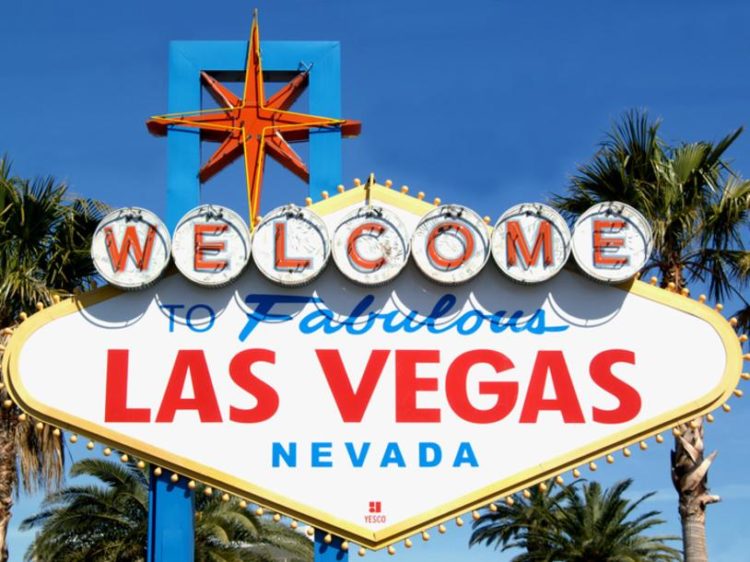 For such a long time, Formula 1 has seemed to struggle to hold its place in the United States, with the country dropping in and out of the calendar throughout the decades. Altogether 10 different US race circuits have held a grand prix since the beginning of the championship in 1950. Next year, that number will change to 11, as Miami joins the fold. F1 has pushed for a long time to add a second race in the US and it finally got its wish when a 10-year deal was signed, securing the Florida event on the calendar from 2022.

Formula 1 has grown accustomed to visiting the Circuit of the Americas near Austin, Texas. It’s still a relatively fresh circuit, compared to some of the more senior locations that are still to be found on the schedule. With the United States having such a sizeable population, and such an influence on modern pop culture, there is little surprise that F1 wants to staple itself into the nation.

This past weekend in Austin, Texas, the substantial crowd of 400,000 attendees over the three days was hard to ignore. Undoubtedly the success of Netflix’s ‘Drive To Survive’ has played a considerable part in the success story. Plus the home fans are also eager to get trackside, having missed the opportunity in 2020 due to the Covid-19 pandemic.

Whatever the reason, it looks as though Formula 1 has properly gained the interest and respect of the US population. But now, could it go even further and add a third race to the equation? There is of course a risk of over-saturating, plus it would likely upset the traditional fans who enjoy seeing the sport rush around old-school tracks.

But Formula 1 is no longer primarily aimed at drawing in those characters. Its social media revolution and ongoing production of a hit show with Netflix, amongst other things, indicates that it is trying to rope in the younger generation.

An American voice is quite often the loudest in any room, and when it comes to Formula 1, it also seems to be ringing true. Some discussions in Austin surrounded a potential third race in the US, situated around the sexy ‘Sin City’ streets of Las Vegas and drivers were not exactly opposed to the idea…

“I think definitely we need to have at least two but there are so many great cities to have a grand prix,” said Lewis Hamilton. “I don’t know where they will have the next one, but I am not opposed to that. I think it’s quite cool to have these mini championships in these continents. It’s not a bad thing for the sport.”

Other drivers were just as enthusiastic.

“I think Formula 1 is getting bigger and bigger in the last years thanks to the Netflix season [Drive To Survive] here and I can definitely feel it and see it,” quipped Ferrari’s Charles Leclerc. “It’s great to be here and I would be very happy to have a third race here.”

“It would be great, I think more races in the States would be great,” added Aston Martin’s Lance Stroll. “I just think Formula 1 has to have a limited amount of races, it can’t get out of hand. For the health and wellbeing of everybody, it needs to be thought out wisely. There has to be a logical limit to the amount of races we have, but if more of those are in the US, I don’t think there’s anything wrong with that.”

What other country on the planet could draw in the appeal of three races? A night race would be logical, should Formula 1 secure a deal to race in the casino-filled Nevada city. One thing it guarantees is a strong spectacle, with the yellow lights of the area sure to make for some stunning imagery.

A personal worry though… street races have become increasingly common when adding a new venue to the schedule in recent years. While some, such as Baku, have gone down well and proven to be a fan favourite, not all have been as impressive. Miami, Formula 1’s second permanent venture, will be a street track-styled circuit built around the car park of the Hard Rock Stadium, home to the Miami Dolphins in the NFL.

Adding a second street circuit in one nation just doesn’t have much fascination, however dazzling a race in Las Vegas would be. There are of course other ways Formula 1 can tap into the US market – it already has an American-owned team, although it is admittedly difficult to root for when it’s the slowest outfit week in, week out.

A noticeable gap is no US driver on the grid, which perhaps is something that can be changed in the coming years. Regardless, Formula 1 has fixated itself on drawing in the fans from the vast American fan base. Thus far, with a bit of help from Netflix, it is doing a pretty sound job.

This opinion article originally appeared in issue 440 of our weekly digital motorsport magazine, Motorsport Monday. Completely free to read with no sign-up necessary, Motorsport Monday is published every Monday morning and is packed full of motorsport content. Check out the latest issue here.