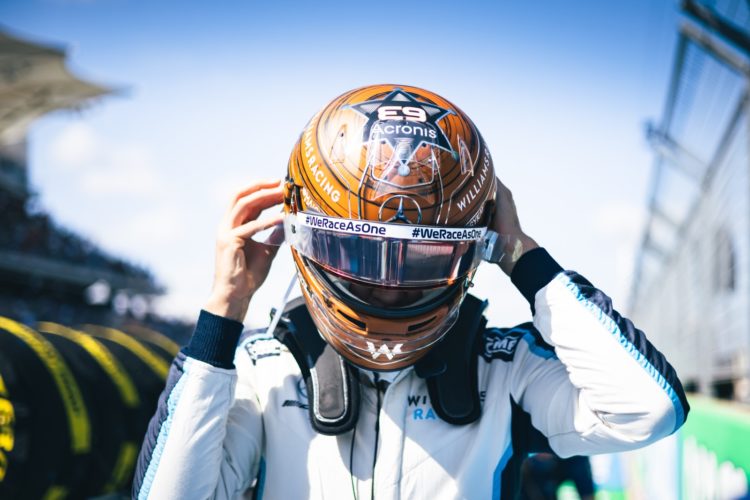 George Russell says Williams’ points haul, and confirmation of his own 2022 plans, has lifted pressure and allowed the team to take a more attacking approach.

Williams scored 23 points in a five-race spell either side of Formula 1’s summer break to move into a comfortable eighth place in the Constructors’ Championship.

It means Williams is set to avoid finishing last in the championship for the first time since 2017.

Russell, meanwhile, was the subject of widespread speculation over his future before Mercedes finally confirmed him for 2022 in early September.

Russell started Sunday’s US Grand Prix from 20th on the grid, after an engine penalty, but worked his way up to 14th spot at the start and battled in the lower end of the midfield for much of the race.

“I think the pressure’s been lifted off my shoulders for a while now, these first laps, and more confident to really attack and go for it,” said Russell.

“P20 to P14 was a strong start for me, and I think in this position where we are now in the championship, we’ve got this small buffer, and it’s allowing me to go out there and really push the limits.

“I’m quite enjoying it to be honest, I’m not a driver who usually makes a huge amount of mistakes but I wanted to push myself.

“I think it’s why we saw an off in FP3, a little off in qualifying at Zandvoort, just really trying to push the limit to see if there’s more in there in these last few races.”

Russell expects to adopt the same approach through the final five rounds of the season.

“I think the fact we are in a position of relative comfort in the Constructors’ championship and also on a personal level everything confirmed for next year, I’m in a very stable position personally,” he said.

“[I can] just go out there and try new things and not be afraid to make some mistakes.”