Brundle: Celebrities should learn manners and respect on F1 grid 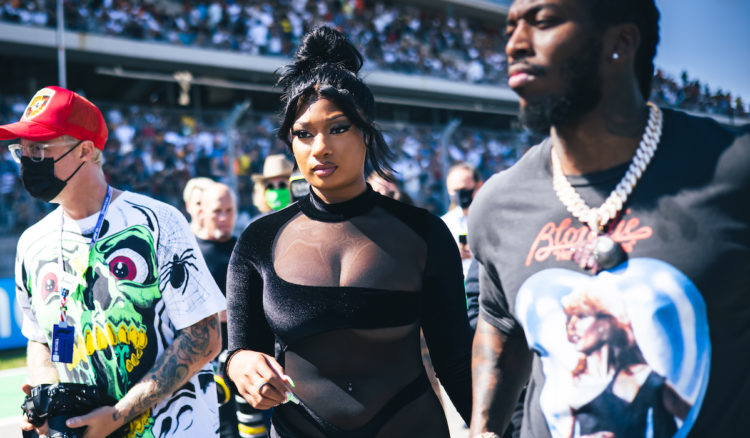 Formula 1 commentator and former driver Martin Brundle has called on celebrities to “learn some manners and respect” when they’re attending Formula 1 races, after he was rebuffed by rapper Megan Thee Stallion (MTS) during the United States Grand Prix.

Brundle approached the American rapper, real name Megan Jovon Ruth Pete, during his first grid walk since the pandemic began, only to be pushed away by her bodyguards.

MTS initially ignored Brundle’s request to talk, but the 62-year-old persevered despite being pushed away by a bodyguard to finally ask MTS if she had an F1-related rap. MTS replied: “I have no rap today, I’m sorry.”

Brundle then asked who she was supporting before an aid stepped in and told him “you can’t do that”, to which he replied: “I can, because I did.”

Brundle was also snubbed by tennis star Serena Williams – with her sister, Venus, famously doing the same a few years ago.

Writing on social media, Brundle said: “I have felt under pressure on the grid before but by people called Senna, Prost, Schumacher, Mansell, Piquet and so on.

“Bodyguards visiting the grid for the first time don’t bother me, everyone’s got a job to do, but they could maybe learn some manners and respect on our patch.”

Brundle’s traditional grid walks are popular amongst F1 fans and social media went into a frenzy reacting to MTS’ snub, with the majority of fans calling on F1 and teams to only invite those that are truly interested in the sport.