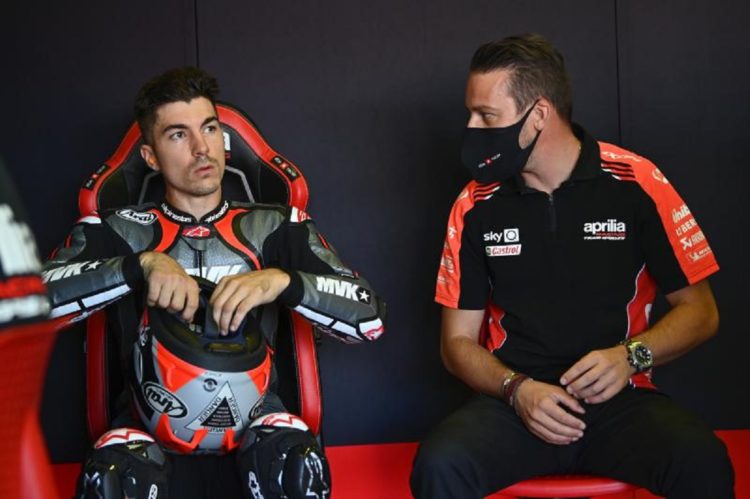 Maverick Vinales made his Aprilia MotoGP debut as he sampled the RS-GP for the first time at a private test at Misano just 11 days after splitting from Yamaha.

The Spaniard is running his new machine for the first time in a two-day test with Aprilia at the Italian venue having recently announced a deal to race for the brand full-time in 2022.

There is a chance he could still make a race bow with Aprilia this season in place of the injured Lorenzo Savadori, who had to pull out of the British Grand Prix last weekend after trying to ride in Friday practice due to his broken ankle having not sufficiently healed, thus leaving him in doubt for the next round at Aragon in just under two weeks time.