Belgian GP organiser set for talks on how to compensate fans 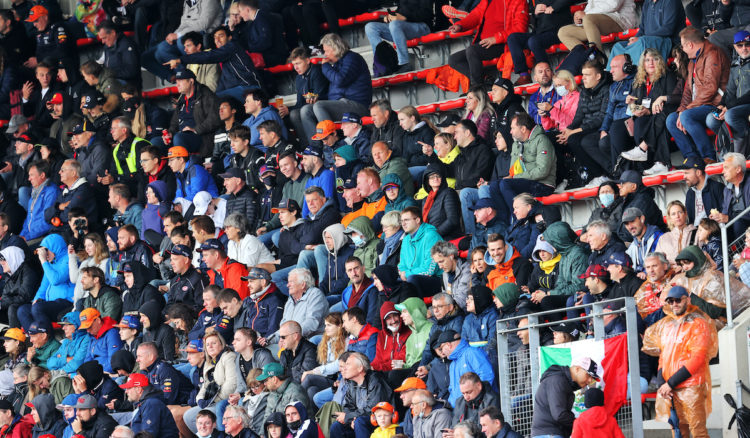 Organisers of the Belgian Grand Prix at Spa-Francorchamps are set to open talks with Formula 1 on how they can compensate fans who attended Sunday’s two-lap race, after poor weather meant it was unsafe for the race to go ahead.

Around 70,000 spectators were in attendance on Sunday expecting to see a continuation of the intense title battle between Max Verstappen and Lewis Hamilton, following a month of no action during the summer shutdown. However what they witnessed was a handful of laps behind the Safety Car spread across almost four hours.

The race was officially clocked at slightly less than one lap – given the count-back rule when a red flag is shown – and the fact drivers started the lap from the pitlane, not the start/finish line which made the classified lap just 6.8km, 200 metres shorter than a full lap of the Spa-Francorchamps circuit and the reason Nikita Mazepin’s “fastest lap” was voided.

The race was abandoned and the result declared in what Hamilton described as a “farce”, before calling for fans to have their tickets refunded.

“I feel really sorry for the fans today,” said the Mercedes driver. “I really hope the fans get their money back today. They were robbed of a race today and I think they deserve their money back.”

Race organiser Vanessa Maes spoke after the race to express her disappointment in how things played out: “It’s hard to speak in these moments, but we would like to express our deepest disappointment at the outcome of the Grand Prix. The conclusion for my team of a year of work where we had to overcome all kinds of obstacles.”

The circuit has been hit by severe weather several times this year, with the most recent flooding causing serious damage to the track surface and access roads, some of which were washed away, forcing the circuit to make urgent repairs ahead of the grand prix.

“But the weather is unfortunately an element that we cannot control,” added Maes. “I have always said that the health of our public is paramount. That of the drivers too. Safety must come first and I therefore respect the decision of the clerk of the course.”

Maes says discussions will be held with Formula 1 to see what compensation can be offered, be that partial refunds or discounted access to next year’s race.

“I of course share the enormous disappointment of our spectators who have been exemplary. I will reflect and discuss in the days to come with Formula One Management [FOM] on how we could offer compensation to our spectators after this case of force majeure.”

F1 CEO Stefano Domenicali denied they rushed to get two laps in to fulfil their contractual obligations in order not have to issue refunds to spectators, the circuit and broadcast partners.