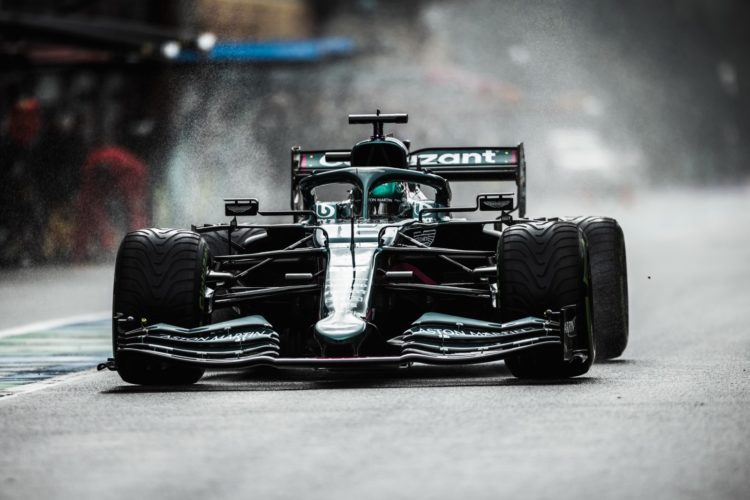 Stroll was set to start from the rear of the 20-car field but was promoted one spot when Alfa Romeo changed Kimi Räikkönen’s rear wing assembly outside of parc ferme conditions.

Stroll then gained one more spot when Sergio Perez crashed on the reconnaissance lap.

The Canadian consequently toured around behind the Safety Car in 18th place but was issued a 10-second time penalty for an unapproved rear wing change during the delay.

That demoted Stroll to last in the final race classifications.

The stewards outlined that “although the assembly was changed during the period where the race was stopped, the same principles apply as for a race suspension.”

It was relayed to Aston Martin that usually a breach in regulations would result in a pit lane start but stewards deemed it “meaningless” as all drivers were in the pit lane.

They opted to issue Stroll a drive through penalty but as it could not be served, and the fact the race was shortened, a lesser penalty of 10 seconds was imposed.

That dropped Stroll behind Räikkönen and Perez in the final classification, with the results officially taken at the end of lap one.

Elsewhere eighth-placed Charles Leclerc was investigated after Ferrari changed his tyres while on the grid during the start delay.

However, Ferrari realised its mistake and swiftly rectified the situation, and stewards opted to take no further action.