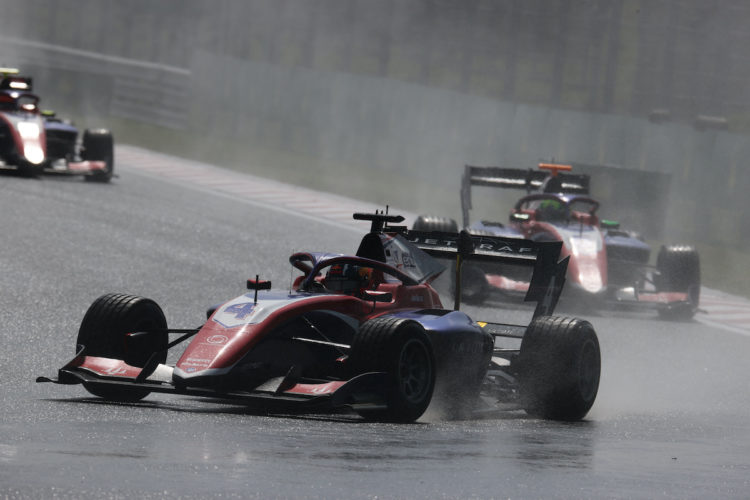 Doohan was quick all the way through the session, as he topped the timing pages after the first ten minutes ahead of his Trident team-mate Clement Novalak in second, and Alex Smolyar in third.

On his first visit to Spa since his accident in 2019, Juan Manuel Correa struggled in the conditions.

The American driving for ART spun into the barrier at the corner after Bruxelles and rear-wing damage meant he remained in the pits for the rest of qualifying and will start Races 1 and 3 in 27th position.

Ten minutes remaining and Doohan was still top but Alpine Academy drivers Victor Martins and Caio Collet stepped up their paces to leap up to second and third respectively.

As the track was drying out but not enough for slicks to be used, the majority of the field struggled to find grip on their wet tyres.

Less than a minute remaining and Tijmen van der Helm stopped his MP Motorsport at Blanchemont, bringing out the red flag and ending the session prematurely.

Doohan would not be beaten and his was 0.704 seconds clear of Martins in second.

Smolyar improved back up to third with Collet fourth. Logan Sargeant was a solid fifth in the Charouz ahead of Clement Novalak, Frederik Vesti, David Schumacher, Johnathan Hoggard and Roman Stanek rounding out the top ten.

Championship leader Dennis Hauger was no higher than 14th in the PREMA.

Race 1 gets underway on Saturday morning at 10:05 track time.