Opinion: What next for Alexander Albon…? 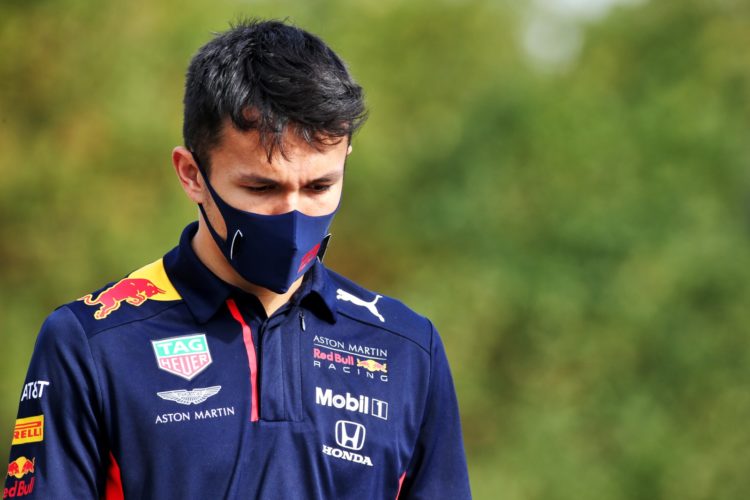 Young Anglo-Thai Londoner Alex Albon’s meteoric rise to the forefront of the Formula 1 grid was something of a fairy tale story. The circumstances, mixed with his likeable, laid-back personality, made him an immediate fan favourite. But it also made his drop into the side-lines all that more difficult to digest…

After having finished runner-up to George Russell and Lando Norris in the 2018 Formula 2 championship, Albon was suddenly being steered in another direction; he signed to race in the FIA Formula E World Championship with Nissan e.dams.

But the sudden opportunity to get himself into a coveted and well sought after Formula 1 seat was enough to quickly convince him away from the all-electric series. And with that opportunity beckoning, the Anglo-Thai driver re-signed with Red Bull, despite having been abandoned by the energy drink’s junior programme some years before. With his signature on a new contract, he found himself at Toro Rosso, alongside the perennial up-down, in-out Russian driver, Daniil Kvyat.

The feeling that something would change at the senior team was soon apparent when newly promoted Pierre Gasly’s struggles raised questions over his future at the team. Despite the Frenchman’s drop in form, there was much surprise in Albon’s sudden promotion, as he was thrust into the senior Red Bull Racing race-winning squad barely five months after his Formula 1 debut.

Quickly it became apparent that Albon’s struggles somewhat mirrored those of Gasly’s and after just 18 months in the seat, and with two podiums to his name, he was completely dropped from a race seat and shifted back into a test and development role, while the experienced Sergio Perez took up the vacant seat at Red Bull Racing.

Albon was now left on the side-lines, looking in once more on the 20 full-time racers, with his development Red Bull Racing duties being shared with a drive in the DTM Series (in an AlphaTauri backed Ferrari 488 GT3 Evo), which was successfully re-launched this year under a new era of GT3 regulations.

The 25-year-old’s career thus far is not one that should now be reduced to running in touring cars, given just under a year ago, he was battling for podiums in Formula 1. Nevertheless, a move back to the premier series in motorsport is unlikely. With Red Bull’s junior category once again bubbling with talent, a return to AlphaTauri (formerly Toro Rosso) is not realistic either, nor is a switch elsewhere to another team in F1.

But his name has been heavily linked with efforts in other categories, higher on the value list than the DTM Series. Albon was recently present in Indianapolis, and even jumped behind wheel of the (stationary) #52 Dale Coyne Racing car. Lately IndyCar has become something of a hotspot for ex Formula 1 drivers, with among others Marcus Eriksson, Romain Grosjean, and more recently, Christian Lundgaard all venturing from the F1/F2 atmosphere to IndyCar’s festival.

“I want to see what’s out there,” Albon said while attending the IMS Big Machine GP. “My main goal is to be in F1, but there’s never a 100 percent certainty on that, so you got to have plan B and C to see what else is out there. I’ve always had that interest within IndyCar. You see it on the rise now, especially with the viewership and everything going up.

“It’s been really interesting to see. I’m seeing a few teams out there right now. I want to chat with them and see what’s out there so I can decide what I am going to do. Let’s just say, obviously, if the right opportunity is there, or let’s say the lack of opportunity is there in F1, and there’s an opportunity here that’s a good opportunity with a good team, and if in these next few days I think it’s something I would enjoy, obviously then the odds go up.”

But IndyCar is not the only option on the cards for Albon, it seems. With the latest Formula E season now over, there are still plenty of seats open for the 2021/2022 season, which kicks off next year in late January.

Albon’s name has been associated with the now vacant drive at Nissan e.dams that was previously occupied by Oliver Rowland. Returning to the French team, in place of the driver who took his spot when he sprinted off to Formula 1, will somewhat eliminate the ‘what if’ remarks regarding whether or not switching to F1 was the right call.

Although the results didn’t pay off (at least, not at Red Bull), his commercial value soared with the eyes of the Formula 1 world on him. His close friendship with the likes of Russell, Norris and Charles Leclerc was highlighted on multiple occasions, especially during F1’s short-lived Twitch era in the early months of the Covid-19 pandemic.

Being in his mid-twenties, Albon still should have years ahead of him to build on his respectable career. If indeed the Formula 1 boat has sailed, there are still plenty of other avenues to explore and become successful, ensuring his name is forever forged into motorsport’s history books…

This opinion article originally appeared in issue 431 of our weekly digital motorsport magazine, Motorsport Monday. Completely free to read with no sign-up necessary, Motorsport Monday is published every Monday morning and is packed full of motorsport content. Check out the latest issue here.