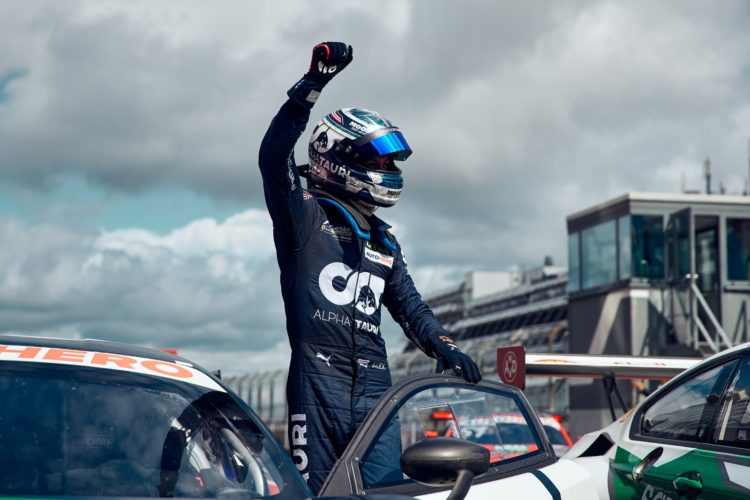 Albon, who contested the 2019 and 2020 Formula 1 seasons, was replaced at Red Bull Racing by Sergio Perez for 2021 but took on a reserve position.

Red Bull moved into DTM for 2021 with Albon and junior Liam Lawson piloting Ferrari 488 GT3 Evo 2020s with AF Corse, dressed in the colours of AlphaTauri and Red Bull respectively.

Albon, who had twice finished on the podium prior to Sunday’s race, controlled proceedings from pole position at a venue where he competed in Formula 1 last October.

However, there was chaos behind, with no less than nine retirements from the 23 finishers.

These included championship leader Kelvin van der Linde, his Audi Abt Sportsline teammate Mike Rockenfeller, and Lawson, third in the championship, who were all involved in the same incident after a safety car restart midway into the race.

Second was Daniel Juncadella, his first DTM podium since 2018, while rounding out the podium finishers was Marco Wittmann, cementing his place as a championship challenger.

Second-placed driver in the championship Maximillian Götz, who moved closer to K. van der Linde to the tune of 12 points.

Fifth was Esteban Muth, while Lucas Auer was sixth, despite putting Maximillian Buhk into the wall at the start of the second lap.

Arjun Maini repeated his inaugural DTM points with seventh, ahead of Timo Glock in eighth, Vincent Abril ninth, while Nico Muller rounded out the top 10.