Insight: Who could be F1’s next new race winner? 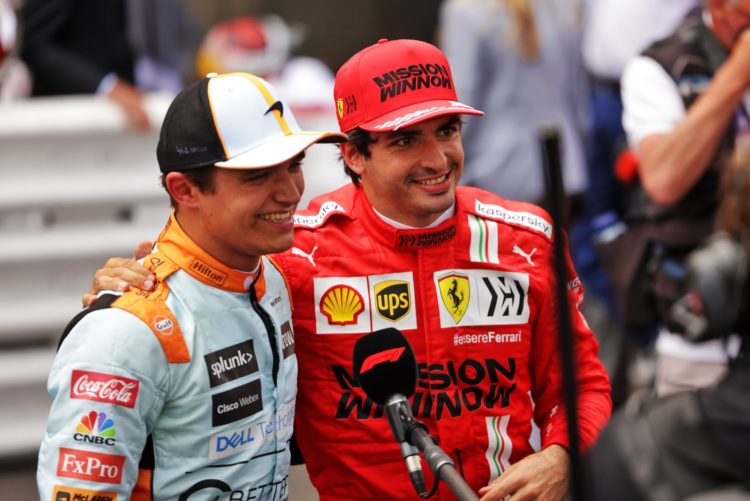 Esteban Ocon became Formula 1’s newest victor with a shock triumph at the last round prior to the summer break, in Hungary. In doing so Ocon became the 111th different driver to stand atop Formula 1’s podium since 1950. But who is best-placed to emerge as winner no. 112? MotorsportWeek.com ponders the options.

Lando Norris only debuted in 2019 but already is surely the prime candidate to become the next winner. When he joined Formula 1 McLaren was in the early stages of its recovery but it is now jointly spearheading the midfield charge, along with Ferrari, having broken clear of the rest. That ostensibly leaves Norris in a favourable spot if the front-runners encounter trouble. In the one event where that did happen Norris was taken out at the start, having been a victim of his own brilliant getaway. Nevertheless, Norris is enjoying a standout campaign. He has thrice finished on the podium and holds third in the championship, behind only Lewis Hamilton and Max Verstappen. He almost pulled off a shock pole in Austria, underlining that there is inherent pace in the MCL35M, and has shaded Daniel Ricciardo in a manner that has made the seven-time race winner appear a shadow of his usual self.

Every full-time Ferrari driver since Ivan Capelli’s miserable tenure in 1992 has gone on to become a race winner. Earning a shot after spells elsewhere, Jean Alesi, Eddie Irvine, Rubens Barrichello and Felipe Massa claimed their maiden wins with Ferrari. Charles Leclerc was the most recent addition in 2019 and it seems inconceivable that Sainz will not add his name to that list. Sainz’s move to McLaren enabled him to make the next step as a racer and underline the belief that he was a bona fide potential front-runner. Last year he came close to a first win, finishing half a second behind Pierre Gasly at Monza, while earlier this season he was second to Max Verstappen in Monaco. Through this year Leclerc’s peaks have been higher, both in qualifying and the races, but Sainz has held his own, proving why Ferrari was so keen to secure his services.

Aston Martin has regressed this year, limiting Lance Stroll to a best race finish of eighth, while the opportunities that have landed have been grasped by his illustrious team-mate. But Stroll’s team owner father Lawrence has grand long-term ambitions for Aston Martin and it would surely take an improbable drop in performance for Lance’s position to be seriously threatened. However, might Stroll’s best chances have already come and gone? Stroll had three strong chances last year in a car that was a close copy of a title-winning machine, at Monza, Istanbul and Sakhir, but on all three occasions he failed to capitalise. The likes of Nico Hulkenberg and Romain Grosjean had brilliant race displays early in their career – with the Frenchman a regular podium visitor in 2012/13 – but remained winless. Stroll is still only 22, but by the end of the year will have amassed 100 starts. By now, a win will surely only come in fluke circumstances.

Russell has scored seven points in 49 races yet warrants a place on this list because of his connection to Mercedes. Russell’s appearance as a stand-in for Covid-afflicted Lewis Hamilton at last year’s Sakhir Grand Prix highlighted why he has been taken under Mercedes’ wing. Russell qualified just 0.026s behind Valtteri Bottas, who has compared favourably with Hamilton in qualifying during their four-and-a-half-seasons together, and controlled the race up front. Famously, a pit disaster and a subsequent puncture twice robbed Russell of a potential victory. Russell will not be among victory candidates in 2021, given Williams’ position, but any one-off Mercedes shot – similar to Sakhir 2020 – would vault Russell into contention. Similarly, if Mercedes promotes Russell for 2022 he would be established as a regular win contender – assuming the World Champions do not suffer a sudden plunge down the order.

11 of the 20 drivers on the grid are race winners, with Pierre Gasly, Sergio Perez and Ocon joining the club in the last 12 months. Elsewhere, aside from the above, that leaves Yuki Tsunoda, Antonio Giovinazzi, Nicholas Latifi, Mick Schumacher and Nikita Mazepin. None have yet shown performance to suggest they can become grand prix winners. Tsunoda’s prospects will depend on his growth across the rest of 2021, and Red Bull’s long-term belief in him, with Schumacher in a similar predicament under Ferrari’s tutelage. There are some junior prospects backed by Formula 1 teams, currently competing in Formula 2 and Formula 3, who could eventually emerge as race winners. After all, when Daniel Ricciardo claimed his maiden victory Formula 1’s next new winner, Max Verstappen, was not yet in Formula 1. Ditto Valtteri Bottas and Charles Leclerc. But given the paucity of 2022 seats, added to the presence of win-less Norris and Sainz, it would be a surprise if that situation was replicated.

Who do you think will be Formula 1’s next new winner? Leave your thoughts below…