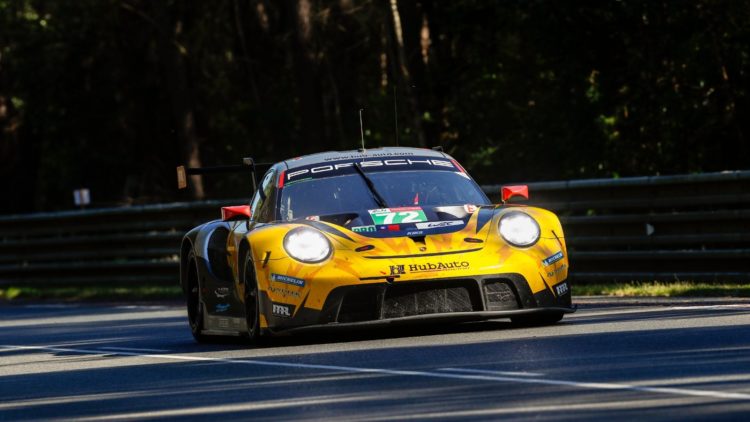 HubAuto’s Racing Maxime Martin says the feeling within the team is good as the team prepares for its GTE Pro debut at Le Mans, while also recognising the challenges the team is facing.

Martin, alongside Dries Vanthoor and Alvaro Parente, will be driving the #72 Porsche 911 RSR-19 as one of just two privateer entries into the highly competitive category.

HubAuto Racing, alongside WeatherTech Racing, will be facing the might of two-car, factory-backed entries from major manufacturers Ferrari, Porsche and Corvette.

Martin recognizes that it is difficult for an independent team to battle the big manufacturers squad, but nevertheless say that the atmosphere within the team is good.

“The atmosphere is very good. They’re working hard,” Martin told MotorsportWeek.com They tried to put nice people together to have a efficient team.

It’s difficult when you go to GTE Pro with a private team compared against manufacturers. It’s always difficult, but it’s a great challenge. And yeah, we try to we try to, to make it happen.”

The Belgian driver is returning to Le Mans for the first time since capturing the GTE Pro class victory as part of Aston Martin’s factory GTE Pro effort in 2020.

Martin has had the challenge of adapting not just to a new car, but a completely new team environment in a relatively short amount of time. Previously, as part of Aston Martin’s factory squad, he had a full season to adapt and prepare.

Now, with the independent Asian entry, that timeframe has been condensed considerably. According to Martin, however, it will not be a limiting factor heading into the race.

“For sure it’s different when you’ve raced the whole year long with the same car. When you come to Le Mans, for sure, you’re more prepared because you know the car, you race it every month, so it’s quite different.

“But at the end, I am used to changing cars, I’m used to adapt, so I don’t think it will be a big, big difference.”

The car Martin is having to adapt to for this weekend is Porsche’s GTE challenger, the 911 RSR-19. While he has raced the Porsche’s GT3 car previously, the GTE car is completely new.

“I mean, to be honest, it’s a completely different car. Adapting well. We did a few test days before coming here, to be able to know all the functions and everything. It’s a very nice car. Very fast car. So yeah, looking forward to racing.” 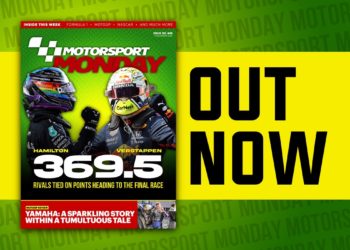 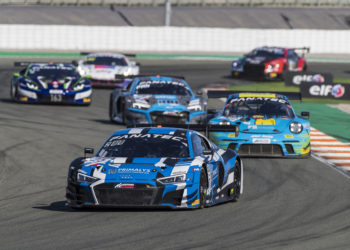 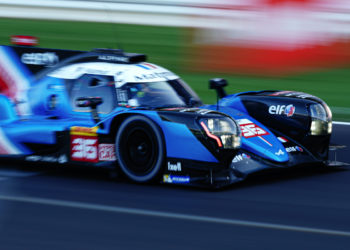