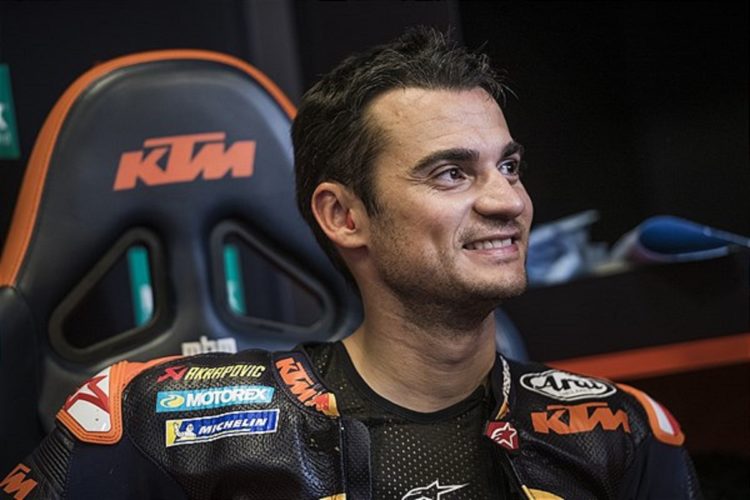 KTM has confirmed that Dani Pedrosa will make his MotoGP comeback with a wildcard appearance for the manufacturer in the Styrian Grand Prix at the Red Bull Ring next month.

Rumours were abound last month that the KTM test rider would make his premier class competition return as a wild-card, the Spaniard having focussed on testing and developing the marque’s RC16 machine since joining the organisation for 2019 after retiring from full-time racing with the Honda factory outfit at the end of the previous term.

KTM has now announced that Pedrosa will make his race weekend debut with its MotoGP factory operation at the Red Bull Ring in early August, the 31-time premier class race winner reckoning it will be “interesting” to evaluate the RC16 in true race conditions as opposed to testing away from a race event, though he cautioned testing would still be at the forefront of his mind rather than pushing for a strong result after three years away.

“It’s been super-interesting to be part of this project from the beginning with KTM in MotoGP and being able to share my experience with them,” said Pedrosa.

“Step-by-step we did the best we could and now it’s interesting again to go into a race because it gives you a different perspective compared to a normal test.

“It has been a long time since my last race and, of course, the mentality for a GP is very different to a test. My focus for the GP is to try to test the things we have on the bike in a race situation. I wish to understand the requests riders might have for different sessions and technical features.

“Watching from home I can sense the improvements in the bikes and the racing but in order to understand more about MotoGP now, the new technologies and how to race and use strategies against the others we’ll make this wildcard.

“It’s difficult to talk about my expectations after being so long away from competition. It might all click into a racing mentality or it might not but we’ll try to enjoy the weekend as much as we can.”

The Styrian GP will be Pedrosa’s first ever grand prix start not at the controls of a Honda, having scored all his premier class wins-as well as three world titles across the 125cc and 250cc classes-with the Japanese manufacturer.

The Austrian event is also KTM’s home contest, having entered fellow test rider Mika Kallio at the Red Bull Ring back in ’17 on a third RC16-the Finn scoring an impressive tenth place finish.

Pedrosa never won a premier class world championship to go with his smaller class successes, though racked up a total of three runners-up points placings across his 13 seasons competing for the factory Honda team.