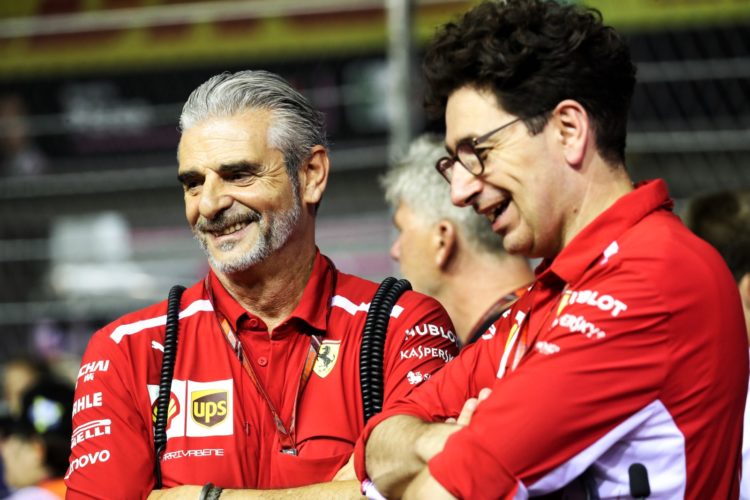 Arrivabene, a board member of Juventus since 2012, was installed as Ferrari’s Formula 1 Team Principal in late 2014.

He had previously been heavily involved with long-term Ferrari partner Philip Morris International.

Arrivabene’s appointment at Ferrari came at the conclusion of a tumultuous campaign in which Stefano Domenicali resigned, with successor Marco Mattiacci lasting only a few months, while Sergio Marchionne replaced long-term Chairman Luca di Montezemolo.

Under Arrivabene Ferrari returned to winning ways in 2015 and led the Formula 1 championship at stages in both 2017 and 2018, as it sought to end a decade-long title drought.

But Arrivabene’s position came under threat amid Ferrari’s loss of form during the latter half of 2018, following the sudden passing of then Marchionne, who had appointed Arrivabene.

As part of an internal restructuring Arrivabene departed a few days into 2019 and was replaced as Team Principal by Mattia Binotto.

On Wednesday Juventus placed Arrivabene in charge of “matters relating to the football business area.”

It comes in the wake of Chief Football Officer Fabio Paratici moving to Premier League side Tottenham Hotspur.

Juventus, following nine successive Serie A titles, slumped to fourth in the 2020/21 table, only narrowly securing qualification for the Champions League.

The club was also an influential player in the ultimately unsuccessful breakaway European Super League.

The Board of Directors concluded on Wednesday that the pandemic is set to have a €320m impact on the club, and have approved a capital increase of €400m.

Ferrari and Juventus are linked as the holding company Exor NV, controlled by the Agnelli family, has leading shares in both.