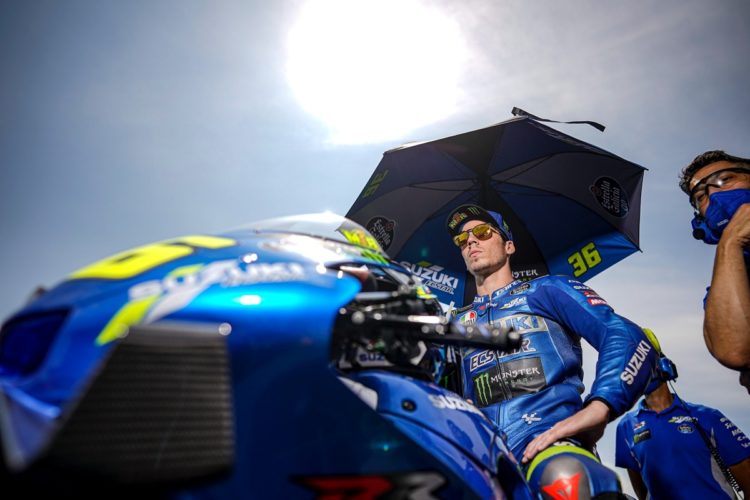 Reigning MotoGP world champion Joan Mir says having to recover from lowly qualifying positions is “getting annoying” after finishing third from starting ninth in the Dutch TT.

Mir has failed to qualify higher than ninth on the grid so far this year as Suzuki continue to struggle with qualifying performance, though the Spaniard has ended up finishing within the top five in six of the nine races contested so far this year-a trio of third-place finishes his best so far as he sits fourth overall in the riders standings.

He worked his way back to the front throughout the 26-lap Assen encounter, moving into the top five just past mid-distance before dispatching Pramac’s Johann Zarco for the final rostrum position with seven circulations remaining, though by this point the two leading Yamaha’s of Fabio Quartararo and Maverick Vinales were a long way clear and would eventually finish 1-2.

The one-time premier class race winner says that having to continuously charge through the field is “getting annoying”, the ’17 Moto3 world champion joking that he must have “some kind of record” for the number of riders he has passed so far in ’21 as he looks for Suzuki to make further progress in this area with its GSX-RR.

“Today we couldn’t really ask for much more, our goal was to be on the podium today and I knew before the race that it would be a difficult thing to do,” said Mir.

“I’m really happy, I made a good start to overtake cleanly, it’s always tricky to overtake the Ducati’s so I had to make a move quite over-the-limit but It’s all I could do, so I’m sorry to Jack (Miller) because I never touched him but I made a block-pass so I’m sorry for that but it’s always difficult.

“We must improve our speed to make this better, but even though I’m happy overall this isn’t a special podium because this first part of the season we have struggled more than we expected but to be here is a boost of energy to work harder and to try and find something more.

“Our pace is not far from the front guys in the race, but during the weekend we definitely miss a lot so even if we can just improve a bit more it’ll make the races a lot better so we have to start working on the (start) device, we are the only ones not using it and for sure that’ll be important, as well as the small details.

“I don’t know how many riders we have overtaken in the first part of the season, we must have some kind of record and while I enjoyed it at first it gets annoying doing it every race so we must improve qualifying.”

Mir currently sits a distant 55 points adrift of series leader Quartararo with ten races remaining in his title defending campaign, while neither he or team-mate Alex Rins has scored a victory so far this year, Suzuki the only manufacturer other than Aprilia to have not scored a success this term.

The Japanese marque remains fourth in the constructors standings ahead of Honda and Aprilia, while it resides fifth overall in the teams table. 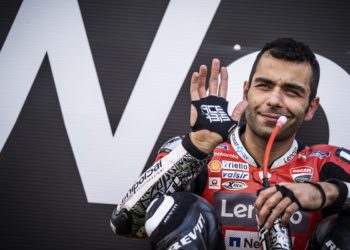 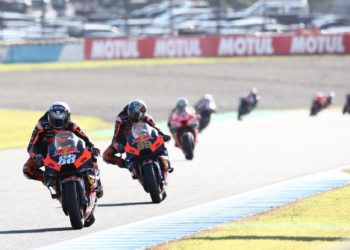 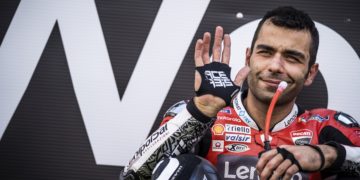 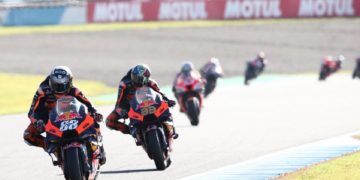