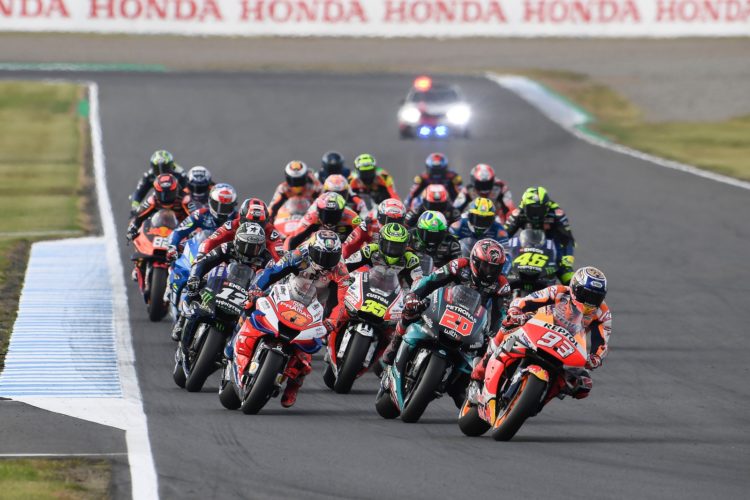 MotoGP organisers have revealed a revised 2021 calendar, with the United States slotted into an October date in place of Japan, which has been cancelled.

The Japanese round, held at the Honda-owned Motegi circuit, was one of several cancelled in 2020 due to the pandemic.

Its 2021 event had been originally scheduled for October 3 but on Wednesday MotoGP officials confirmed its cancellation for a second successive season.

The Grand Prix of the Americas, which has previously taken place in April, has now been placed in the date previously outlined for Japan.

It means the October 3 visit to Austin is set to be MotoGP’s first outside of Europe or the Middle East since the start of the pandemic.

As a result of Austin replacing Motegi, the Thai Grand Prix has been pushed back a week from October 10 to October 17.

Thailand is now set to be the first leg of a triple-header that includes Australia and Malaysia though uncertainty remains owing to respective entry restrictions in some territories.