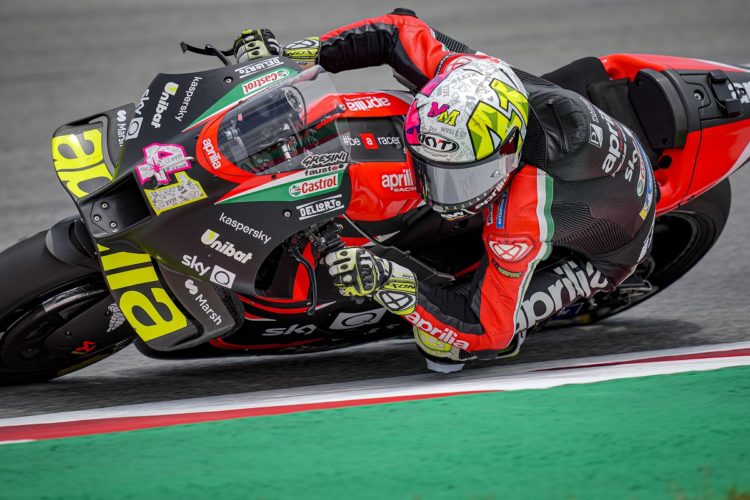 The Gresini MotoGP squad will switch to Ducati machinery for its return to independent team status for the 2022 MotoGP campaign, and has signed Enea Bastianini and Moto2 rider Fabio Di Giannantonio.

Gresini founder and owner Fausto Gresini announced at the end of last year that his organisation would return to being a private operation following six years of running Aprilia’s factory operation, with the Italian marque moving their racing programme in-house.

He sadly passed away in February following a battle with Covid-19, with wife Nadia Padovani taking over the running of the team shortly after his death, working to secure the operation’s MotoGP future.

It has not been announced which specification of Desmosedici Gresini will utilise, though it will most likely receive the same year-old machinery that current Ducati customer Avintia uses.

Gresini has also attracted a new title sponsor in Flex-Box to back its switch back to independent status.

Current Avintia rookie Bastianini will make the switch when his current team exits the category at the end of 2021, while Di Giannantonio will make his premier class bow, having competed with Gresini’s Moto2 team this season.

“It’s a very emotional moment for each of us,” said Padovani.

“In previous months, our efforts merged with a strong emotional push to shape the future of Gresini Racing, and now are immensely proud and happy to make the official announcement.

“It is a project born out of continuity and based on values upon which Fausto built this amazing institution.

“My thank you goes first and foremost to [Dorna CEO] Carmelo Ezpeleta for making sure we never felt alone during these months, to Ducati for trusting our projects, to Flex-Box who joined us in this new challenge as title sponsor and obviously to Fabio and Enea.

“I’m sure they will give their best to wave the Gresini Racing banner high.”

Gresini’s announcement means that Ducati will have eight bikes on the 2022 grid, with Valentino Rossi’s VR46 operation looking set to take over Avintia’s machines and entries at the end of the season.

Next year’s MotoGP campaign will be the first for Gresini running Ducati equipment.

The squad used Hondas on a customer basis from its debut in the class in 2002 before moving to run Aprilia’s bikes from 2015.

Aprilia will run its own team from next season, with Aleix Espargaro remaining with the marque alongside a yet-to-be decided team-mate,. Andrea Dovizioso is its main target as he looks to complete further testing with Aprilia across the rest of this year.