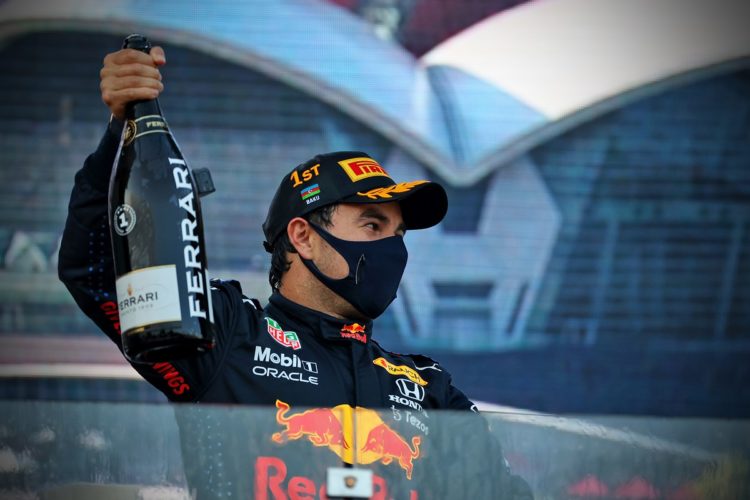 Sergio Perez’s victory at the Azerbaijan Grand Prix capped a bittersweet day for Red Bull, as its second driver secured the win after Max Verstappen’s exit.

It nevertheless marked a moment that Red Bull has been waiting on for a number of years.

The 31-year-old is Red Bull’s third attempt at replacing Ricciardo, who decided mid-2018 that he wanted a fresh start, plumping for Renault.

In theory, Perez was always going to be the strongest option compared to predecessors Pierre Gasly and Alexander Albon, given his 10 years of experience in Formula 1 before joining the front-running team. Gasly and Albon, for myriad reasons, could not deliver consistently at a team that had title aspirations.

Recruiting Perez appeared a no-brainer, given his 2020 form – a win, podiums and fourth in the standings for Racing Point – but it was still a marked change in culture for a team that had built its empire on promoting the talents it had itself nurtured.

For the man himself, it was a career lifeline, after he had been shown the door by the Racing Point team just one year after he penned a new three-year contract with the Silverstone-based outfit.

Perez outlined prior to the start of the season that he would need five race weekends to understand the Red Bull car, as well as his new team and surroundings.

In his sixth race, he emerged as the race victor.

Perez’s outing in Baku was arguably the strongest performance in the second Red Bull car since the start of the 2019 season.

Perez leapt from sixth to fourth on the opening lap, plucked third from Charles Leclerc soon after, and was then never markedly slower than Verstappen, while also managing to hold off Hamilton – he played the perfect team game. A slow pit stop potentially even denied him a shot at Verstappen.

“We didn’t have the start of the season we were hoping for,” Perez admitted after his race victory last Sunday.

“I found my adaptation harder than expected but we have been working extremely hard since day one with the engineers back at the factory and yeah, finally we got a very good result for the team.

“We have been showing flashes of speed here and there. This definitely gives a big boost of confidence to myself and also to my team, to my side of the garage. We have such a rollercoaster through the seasons, it’s important to enjoy these moments.”

For Red Bull management, it was the verification that it has a driver who is able to compete, and is there to pick up the pieces when its other car falters.

“We knew he was good around here but we didn’t know he was that good,” said Red Bull Team Principal Christian Horner. “He’s been quick all weekend. His race pace was phenomenal. Phenomenal for him. The way he was defending from Lewis and controlling that was a class act. To see him get that victory will be great for his confidence. It puts him up to third in the drivers’ championship now.

“I think it’s an added string to our bow on a day that you lose your lead car that Checo’s right there to deliver the win. That’s exactly what we’ve been looking for. I’m delighted for him and pleased for the team with all the amount of effort that’s been going on behind the scenes. For all our partners as well. I think it’s everybody doing there bit and Checo being part of that.”

Whether Perez can continue his solid form going forward is another matter. Historically, Baku has been one of his strongest tracks. In 2016, he took second in qualifying and third in the race, before following it up with another top three finish in 2018. On both occasions he did so with Force India, in cars that were ostensibly not podium contenders.

Qualifying, too, remains something of a weak point. Perez has never taken a pole position in Formula 1 while recent Q3s have been plagued by setbacks – some of his own doing, others out of his control.

He currently sits 36 points off title leader Verstappen, who is embroiled in a close title fight with Mercedes’ Lewis Hamilton, meaning any time Perez can disrupt Mercedes’ rhythm is a boon.

Perez is only on a one-year deal with Red Bull but the early feedback from the team has been promising. Horner described Perez as being “ahead of expectations” and when 2022 was mentioned outlined that “he just needs to keep doing what he’s doing.” Perhaps, at its third attempt, Red Bull has stumbled upon the driver line-up and balance it has been seeking since 2018.

“It certainly feels that I’ve made good progress, not just this weekend, also in Monaco,” explained Perez.

“Every weekend the understanding grows and after each weekend we do a very deep analysis, we do a lot of work back in the factory to try to figure out what we can do better as a team.

“But yes, certainly I think we are getting there, we are improving and I see no reason why going to a different track we cannot be able to have a similar kind of performance.

“Definitely my confidence is growing, the understanding with the team is getting. I mean it’s only race number six of the season, there’s still plenty to go but it’s important to keep this momentum and to keep improving, race after race.”