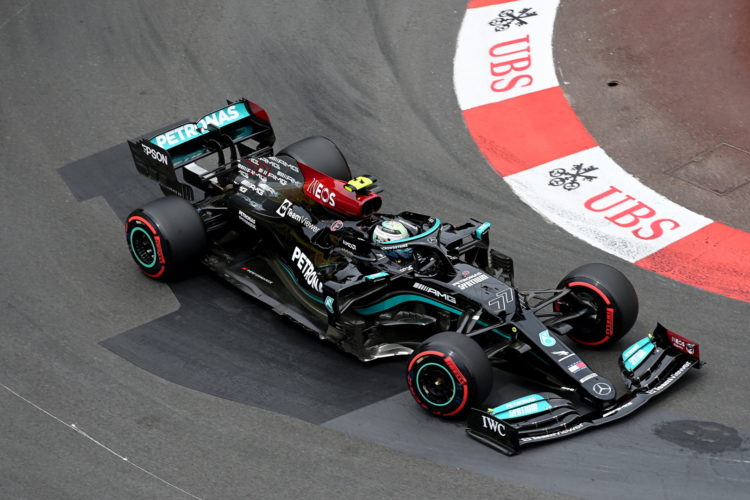 Mercedes team boss Toto Wolff says the squad is braced for “another tricky” event at this weekend’s Azerbaijan round, following its subdued display in Monaco.

Mercedes emerged with only the third-fastest car in Monaco, its plight accentuated by tyre warm-up issues, qualifying behind Ferrari and Red Bull.

Mercedes subsequently relinquished the lead of both championships for the first time since mid-2018 as Lewis Hamilton struggled to seventh while Valtteri Bottas retired.

It heads to the Baku City Circuit – where it has won three of the four races – a point behind Red Bull in the standings.

Wolff revealed that after Monaco Mercedes had the “same energy [after Monaco] as when we returned from the Bahrain test, and that pleases me.

“We dissected the weekend, asked hard questions of ourselves, and learned some crucial lessons. I wish we could have been back racing last weekend.

“Baku is next up. While it’s a very different street circuit to Monaco, we expect it to be another tricky one for us, not particularly suiting the characteristics and traits of the W12.

“Red Bull will be strong again, while both Ferrari and McLaren have made great progress recently.

“A key focus for us has to be exploiting the opportunities available to us on those outlier tracks which aren’t suited to our car – when the points are there, we need to grab them.”

Mercedes and Red Bull have so far shared all five victories in the 2021 campaign and Wolff expects the performance levels to ebb and flow as the season develops.

“There will be swings back and forth in this fight which is exciting for the sport and exciting for us,” he said.

“We’re expecting another challenge on the city streets and after the results of the last race, we’re more determined and fired-up than ever to bounce back in Baku.”