Feature: Chronicling one of Formula One’s most beloved eras 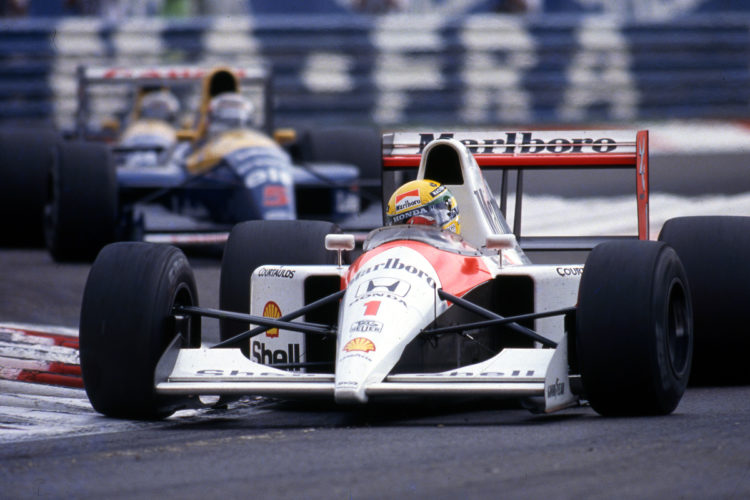 The 1990s are generally considered to be one of Formula One’s most beloved eras, producing some of its biggest stars and most famous cars. It was also an era of tremendous loss, incredible rivalries and the imminent arrival of a man that would dominate the sport for years to come.

It was also an era in which F1 went through sweeping changes, just coming off the back of the turbo era and becoming ever more corporate as the smaller privateer outfits began to fall off the grid, with one or two notable exception.

With so much going on in the span of a decade, one would imagine it wouldn’t be easy to capture everything going on in those ten years. That, however, is exactly what writer Peter Higham has done with the latest installment of his Formula One Car by Car series.

Coming in at 304 pages and published by Evro Publishing, it follows up on the previous editions including the 1950-59 edition, which was previously featured.

It chronicles each team on the Formula One grid on a year-by-year basis, displaying the car, naming drivers, technical staff, race results and other interesting stories that happened for that particular team throughout the course of the year.

With a significant number of teams to cover each year, it is quite the undertaking, as Higham explained himself when he sat down with MotorsportWeek.com for a recent interview.

“I start by producing all the results tables, because that is like a picture list, so that then tells me who I need to write about and photographs I’ve got to find,” he said. “The second thing is find the photographs for it.”

“And yes, I do write it chronologically, so year by year. What I would do, for 1990, I went back and read what I had written about that team in 1989. So I was trying to take the story forward.”

“When it got to 1991, basically I finished a year, put it aside, went and did my research on the next year, but then for each team I was writing about, I would go back and re-read 1990 and edit it, try and make it [a little bit] shorter and therefore take the story on from the end of 1990 into the ‘91 season.”

“So they were done side-by-side, but yes it was chronological. It just picked the team each day that I felt like writing about.”

It’s an extensive undertaking, with loads of research, that takes up quite a bit of time, as Higham himself points out.

“I’m not exclusively doing these books, I’m doing other things. They’re pretty intensive, but typically, from starting it, in terms of planning and everything else through to it hitting the bookshelves is about a year.”

Higham has done four previous books in the series, going from the 1950s through to the 1980s. The 1950s edition was previously featured here, and reading the two side-by-side, the question beckons: was this book an easier undertaking given the author was actually alive to witness the stars of the 1990s in action himself?

“The information is more readily available,” he replies. “There are more sources that are reliable. And there is the benefit that I was actually alive and watch the races, just a small consolation.

“The 50s was great fun, because certainly the stories are untold, whereas doing the 90s, it’s been covered quite a lot, so I really tried to get underneath what has been written in other books, go back to contemporary sources, get new perspective where I could, [purposefully] moving from team to team and so on and get the feel for Formula One.”

“What was much easier was the picture research, because the major agencies and magazines were covering every race in the 90s, which they weren’t in the 1950s.”

Despite witnessing most of the races in person, Higham says he was very careful to base the content of the book on contemporary sources to avoid errors. As he put it when I asked him if I wrote anything from memory:

“I never trust my memory. So the way I would do it, if I was writing a year, I would go and read the contemporary reports from all the magazines and just make notes, week by week, highlighting what the team is and whether, you know, somebody bought the team, or a designer moved, or they were disqualified or whatever it was.

“And then when I am writing that team, doing the draft, just go through that list and try and tell all the best stories and the narrative for that team during the year.

The 1990s are also remembered for a new and increased push for driver safety. This was, of course, largely down to the events that occurred during the 1994 San Marino Grand Prix. While Imola 1994 is seen by some as the most impactful and defining Formula One weekend of the decade, Higham argues it was part of a larger, more troublesome trend of crashes and injuries in the summer months of that year.

“It was in terms of the biggest superstar dying, Roland Ratzenberger dying, the push for safety, the FIA pushing to improve safety once more. I always say it was a defining weekend, but I just remember the whole of that period.

“It just felt like every moment, you just wanted it to stop, you know. I always call it a traumatic summer, rather than Senna or Imola, that was just the worst manifestion of a pretty gruesome time.”

That push for safety had an effect on the look of Formula One machinery in the coming years, as is clearly visible as you scroll through the years and look at the pictures in Higham’s book. Noses were raised, and cockpit sides became notably higher in order to increase driver protection.

All of these events and many, many more, are featured in the books, including looks at F1’s lovable (and sometimes not so lovable) minnows like Arrows, Minardi, Scuderia Italia, Forti, Life Racing Engines and Andrea Moda.

If you’re looking for a pretty much definitive history of Formula One through the 1990s, Peter Higham’s Formula One Car By Car 1990-99 is about as good as it is going to get.