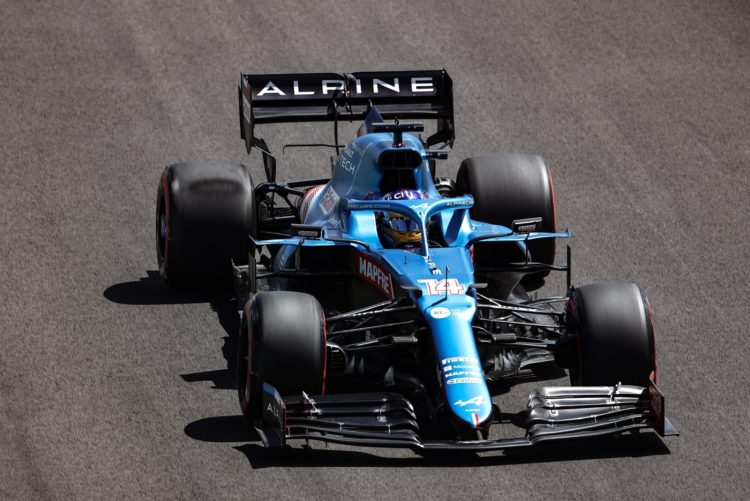 Fernando Alonso says Alpine was in a position “unthinkable” just a few weeks ago but remains cautious amid his slump of pace during qualifying in Portugal.

Alpine had been towards the rear of the midfield through the opening rounds but the A521 was more competitive throughout the course of the weekend in Portugal.

It came after the team brought updates to the A521 at Imola that it felt would yield greater potential at upcoming events.

Alonso was fifth in Friday’s second practice session and retained that level of competitiveness in final practice – though his hot lap was deleted for exceeding track limits.

However in qualifying Alonso was only 13th, consigning him to a Q2 exit, before surging to eighth spot in the race, directly behind team-mate Esteban Ocon

“We were fighting with one McLaren, one Ferrari, things that were unthinkable In Imola or Bahrain,” he said. “So I think we make a very big step forward in terms of the car performance

“So that was a positive thing, we felt competitive already from FP1, fifth in FP2, we could have been third in FP3.

“It remains a little bit a mystery what happened in qualifying where I felt not comfortable, not the same grip as any other session, and unfortunately that compromised a little bit my race.

“Overall very happy with the weekend in general and the step forward in the performance of the car and I think it was a good Sunday for us.”

Alonso outlined that he and Alpine need to figure out why his one-lap speed was missing in qualifying, pointing to the importance of track position at upcoming rounds in Spain and Monaco.

“At the next two tracks the qualifying is quite important as the race is a little bit harder to overtake than here, so we will focus a lot on this and preparing the weekend,” he said.

“It’s not [about] extracting the maximum from the one-lap tyre as in FP2, FP3, we put the soft and did one lap, the performance was there.

“It is more about the changeable conditions: if there is more grip, less grip, if it is windier, whatever it changes on track I need to be ready and understand it quickly on the out-lap already.

“I don’t have more time to do more laps in Q1 or Q2 so there are things I need to speed up, it’s important for Monaco and Barcelona.”