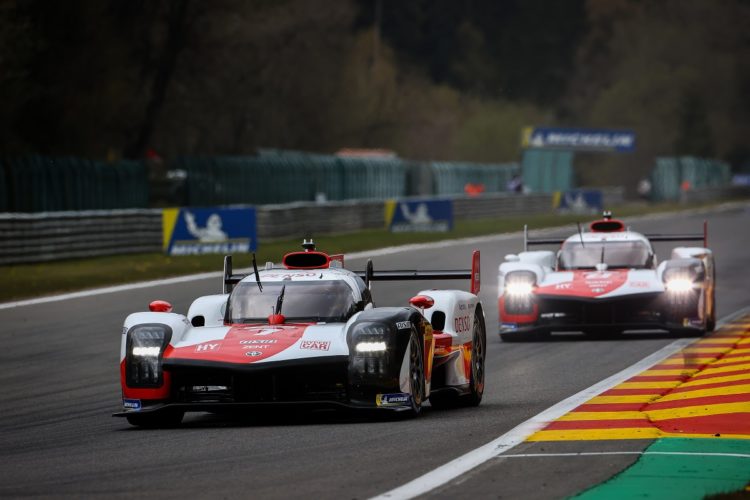 These were considerably faster than the laps done in the pre-season test, also held at Spa earlier this week, and the Free Practice sessions, meaning fears the LMP2 cars might be faster than the brand new Hypercars were unfounded.

However, third place overall did not go to the third the Alpine Hypercar, in fact a grandfathered LMP1 from last year. Instead, #22 United Autosports ORECA 07-Gibson took third, with a great lap, a 2:02:404, from Filipe Albuquerque taking third on the grid, and therefore first place in LMP2, for tomorrow’s race.

The#36 Alpine Elf Matmut A480, in reality an ex-Rebellion R13, driven by veteran Nico Lapierre, was just over two tenths slower than the United Autosports car, but with unspecified technical issues setting them back in the first half of the session, Alpine could only get a single lap in.

Second in LMP2 went to Nyck de Vries and #26 G-Drive Racing ORECA 07-Gibson, with a 2:02:984. For much of his final lap, de Vries looked like he might be able to challenge for LMP2 pole but ultimately, it wasn’t to be, with his just under half a second off Albuquerque’s.