Alonso facing ‘biggest challenge’ of those who switched teams 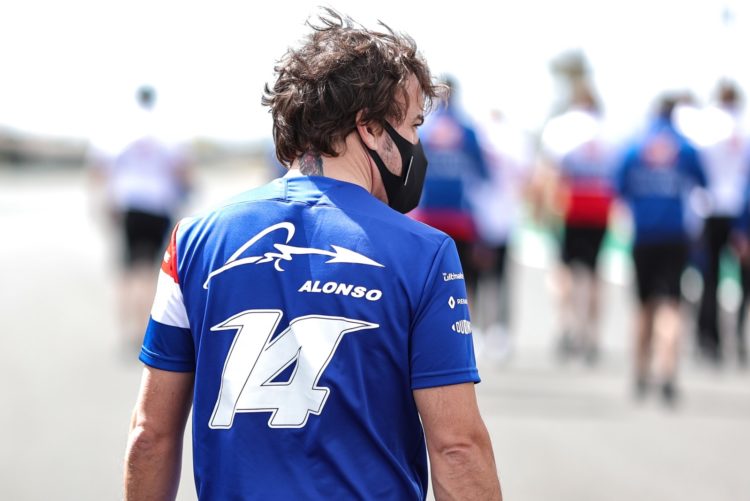 Fernando Alonso says he will “soon be at 100 per cent” as he continues his Formula 1 comeback with Alpine but that he still has to get fully accustomed with the A521.

Alonso qualified inside the top 10 in Bahrain, before retiring due to a brake issue, and accepted he was not yet driving at his full potential.

Alonso had a relatively subdued time at Imola, out-qualified and out-raced by team-mate Esteban Ocon, though snuck into the points after Kimi Raikkonen’s hefty post-race sanction.

Several drivers who have changed teams for 2021 have trailed their more established team-mates but Alonso feels his two years out of Formula 1 has added to the challenge.

“As I said before the season started, it will take a few races,” said Alonso.

“It is the same for the people that changed teams as well for this year because there are things that every team is different in terms of steering wheel feedback, pedal feedback, the way the car responds to different things, kerb riding, braking performance, tyre degradation – they are things that you discover with races and with experience.

“That is something that is not different to me, it is even bigger for me because it’s not that I changed team, I changed sport, basically. It will take time. It is not an excuse. I just need to work harder and prepare the things better into the weekend.

“I changed teams and I changed categories many times in my career and it was never a problem. It will not be a problem this time either. Soon, we will be 100 percent.”

Alonso has not raced at Portimao, venue for this weekend’s Portuguese Grand Prix, in his career and expects the upcoming event – and Monaco – to be a particular uphill challenge.

“It was difficult in Imola,” he said. “It’s going to be difficult here for sure. It’s another new circuit. Most of the grid, they raced here five months ago. That’s something that I will need to get up to speed quickly in free practice.

“In Bahrain, things were quite OK and in Imola, I was not happy but I finished half a second behind Esteban so I wasn’t too worried about the things or performance.

“It’s going to take time. Meanwhile, I will make sure that I am competitive enough to not disappoint anyone.”