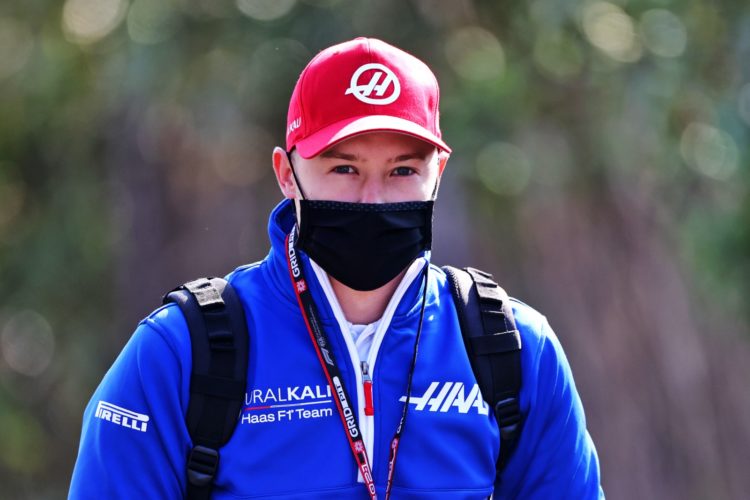 Mazepin’s Formula 1 debut in Bahrain was blighted by a pair of spins in qualifying before he crashed out of the race after just three corners.

Mazepin spun during the early stages of first practice at Imola before another incident in the closing stages in which he swiped the barriers at the final corner.

“What I said to him? I said you need to keep your head high, you know? These things happen and obviously in the moment he’s the beat-up boy,” said Steiner. “Everybody beats up on him. That makes it tougher.

“In the end you come out on the better side – but you just need to keep your head up, focus on your next race and keep on going.

“At some stage they [the spins] need to be reduced but he’s trying very hard and I guess he’s trying sometimes a little bit too hard – but he needs to find that limit but it’s for him to find, not us.

“We can help him doing that but it’s one of those things, as I’ve said before, learning is painful, you know? It comes with pain. At some stage that will hopefully stop and they will be in a good place.”

Mazepin executed a cleaner FP2 – with the only incident coming when he cut the apex of the Variante Alta chicane – as he finished half a second down on team-mate Mick Schumacher.

“I think I made another very good step forward with the team in terms of understanding what car I want to drive,” said Mazepin.

“I had a good lap time in FP1, it was a good quali simulation, I was happy with it. I then made a mistake which there was no coming back from, but overall, it was a positive FP1 and then FP2.

“I’m not leaving anything on the table out there. I wouldn’t want to go to sleep thinking I’ve left some time out there. There’s a balance of course, which I haven’t mastered yet, but we have time.”