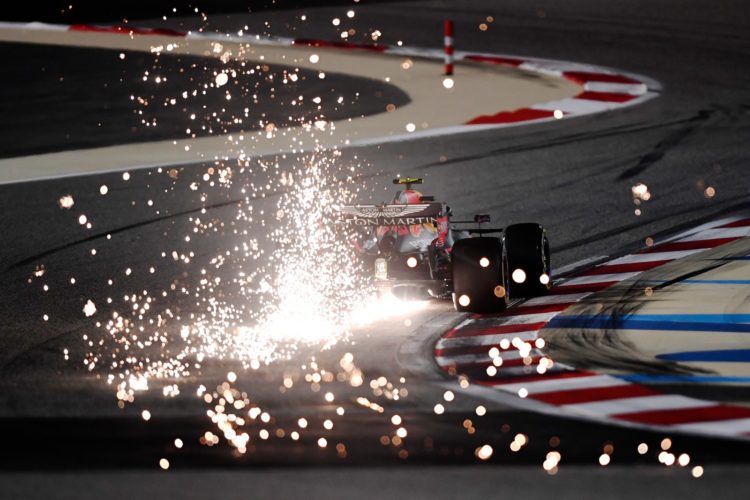 Reserve drivers exist in a peculiar bubble, having to be on-hand to perform at the best of their ability, and grasp an opportunity, potentially at short notice, while knowing such a scenario is extremely unlikely to happen.

Half a decade ago Formula 1 teams almost overwhelmingly notionally appointed youngsters or those with wallets to a back-up role.

Fast forward to 2021 and the bulk of the reserve drivers all have pretty accomplished CVs.

Perhaps with the exception of Nyck de Vries, firmly established within Mercedes’ Formula E squad and set for a fruitful career, no-one can truly lament that the current reserve drivers have lacked an opportunity.

Nico Hulkenberg (Aston Martin), Daniil Kvyat (Alpine), Alexander Albon (Red Bull/AlphaTauri), Robert Kubica (Alfa Romeo) and Vandoorne (Mercedes) are not in the ‘potential champion robbed of a chance’ category but could do a decent job in the right circumstances. After all, 25 per cent of the current reserves were on the F1 grid just two years ago. A Formula 1 team of Hulkenberg and Albon, for example, could do a very solid midfield job.

You could make an argument for a few of them taking the spot of a current driver but the margins, in most cases, are close. The weakest of the 2021 field, Haas rookie Nikita Mazepin, still mustered a GP3 runner-up spot and multiple Formula 2 victories.

The calibre of the current crop of reserve drivers – not to mention the next generation also trying to kick down the door – also highlights one of Formula 1’s ongoing weaknesses, namely the size of its grid.

After the boom of new teams in the late 1980s and early 1990s, featuring more than a handful of charlatans, tightened regulations limited the grid size, while rising costs accentuated matters.

In the two decades since the turn of the millennium just six new entities have deigned to join Formula 1 and of those only the most recent debutant, Haas, still exists.

Toyota was the anomaly of the group – a major manufacturer fuelled by a big budget – but the remainder were all minnows that strived for their day in the sun and acted as a platform for personnel – whether engineers, mechanics, marketing, hospitality or drivers – to gain experience.

For new entrants, and even prospective tail-enders, there is the long-term potential to develop something iconic. Mercedes’ entry was effectively re-founded in the late 1990s, the then-BAR squad picking up the ashes of Tyrrell, while Red Bull’s roots were laid by Sir Jackie Stewart’s eponymous outfit in 1997. Those teams have developed into front-running forces, pioneering innovators, and prompted the others to up their game. Williams, amid the absence of a de facto minnow, has been the backmarker for three years.

Formula 1, compared to other leading motorsport categories, is undoubtedly towards the shallower end of the pool. MotoGP has 22 full-time entrants, with the potential for manufacturer wildcards, Formula E and IndyCar both have 24 cars, while Formula 1’s feeder series Formula 2 and Formula 3 have 22- and 30-car grids respectively.

The fact the categories still have healthy grid numbers is hugely encouraging given the ongoing implications – particularly financial – of the pandemic.

Quite rightly Formula 1’s focus 12 months ago was on preserving the existing teams and ensuring that no-one became a victim of the pandemic.

Formula 1 is heading in the right direction with new regulations and a budget cap – the latter a key reason that prompted Groupe Renault to commit during a time when a withdrawal was a real risk.

But the introduction of a $200m ‘anti-dilution’ fee that protects the interests of the current grid, under the new 2021-25 Concorde Agreement, is a major deterrent and only reinforces the image of Formula 1 being a closed shop. F1 CEO Stefano Domenicali has suggested this could yet be waived but it is hardly an appealing development to anyone taking a look over the paddock fence.

With just nine months to go until 2022 there is no new credible team waiting in the wings, nor is there likely to be, given the time frames involved in Formula 1. Next year would, in theory, be the perfect time to enter a new team into the sport given the reset of the technical regulations. With each season that passes existing entrants will have a stronger hand over any potential new team. The next logical opportunity would be 2025, when the new yet-to-be-determined engine formula is introduced, by which time nearly a decade will have passed since Haas’ arrival.

Any new entrant should be welcomed with open arms by Formula 1; if a big manufacturer wants to play ball it is validation of the direction it is taking, and if it is an enthusiastic privateer then, well, isn’t that even better? After all, that’s how Williams, Aston Martin and AlphaTauri – to name but three – ultimately began life in Formula 1. And even the teams that have since collapsed, such as Super Aguri and the new-for-2010 trio, provided encapsulating storylines and tales of the underdog.

Formula 1 has weathered the worst of the pandemic and the existence of the 10 teams is a boon – but longer term having more squads in the mix should be on Liberty Media’s target list.