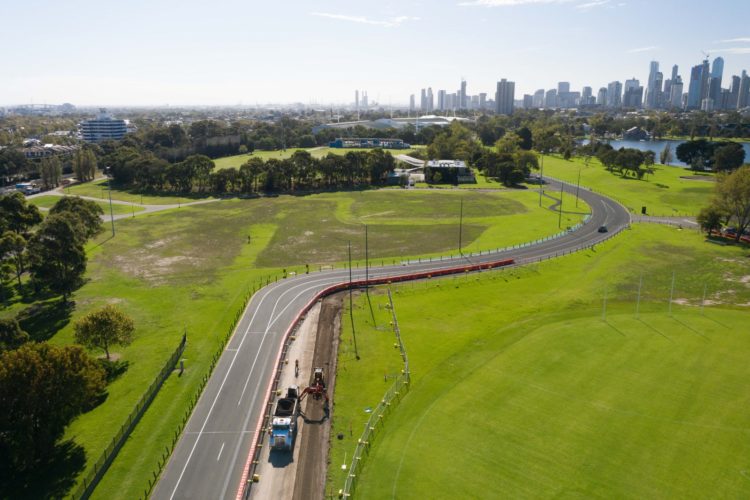 Formula 1 drivers were consulted on the changes being made at Australian Grand Prix venue Albert Park and Daniel Ricciardo has expressed confidence they will help the quality of racing.

Albert Park’s circuit is undergoing its biggest renovation since it joined the calendar in 1996, with several turns widened, and the Turn 9/10 chicane removed entirely.

It is expected that the average lap speed will increase by 15km/h while the pole position time is set to lower by five seconds.

The changes are due to be completed by July in time for Formula 1’s anticipated to return in November.

“A bunch of us drivers were consulted on the changes and I was happy about that, we were allowed to give our thoughts and input,” said McLaren driver Ricciardo, the only Australian on the Formula 1 grid.

“Not all drivers will be aligned of course, but one thing we can agree on is wanting to make race day better.

“I had that in mind when I had my input – widening some of the apexes, creating more of a straight in some places to allow for an opportunity for more slipstreaming.

“There’s a lot of fourth and fifth-gear corners and it’s pretty narrow at certain parts.

“It’s been somewhere that has been hard to overtake typically because of that width, and because it’s so fast, in these cars it’s even trickier to follow through the high-speed corners.

“By changing some of the apexes and creating some more room, allowing more chance to make a diving overtake, or even change your line to get out of the dirty air, I think it’ll really help.”

Ricciardo added that opening up the Turn 9/10 chicane is a compromise that should help other parts of the lap.

“Turn 1, the way it has been, it’s such a fast corner, and you brake so late there that your apex width is very small,” he explained.

“Turn 3 is similar that the straight kind of turns and you’re braking into the corner, so there’s not much room to pass by the point that you’re at the apex, it’s a very narrow angle. Widening those corners allows for a later apex and potentially leaves the door open a little longer to allow the opportunity to overtake.

“Removing Turns 9 and 10 is a compromise – Turn 10 was always pretty challenging because you’d be exiting close to the wall – but the last couple of years, the cars are so good now that the traction out of 10 is pretty easy and the wall wasn’t really a threat anymore. The car didn’t run out there as aggressively as it used to.

“So removing that chicane, you’re now going to have a massive tow out of Turn 6, which is going to be good with the additional DRS zone.

“Widening the apex at Turn 13… I see all of these changes as beneficial for Sunday and we can have some fun on the brakes.”