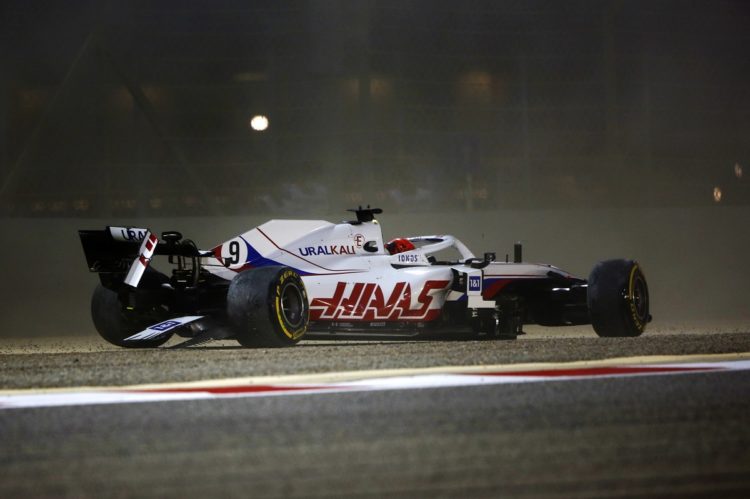 Nikita Mazepin’s uninspiring race for Haas at the Bahrain Grand Prix was the shortest debut display in Formula 1 for almost two decades.

As the Russian driver exited Turn 2 on the opening lap of Sunday’s race, too much throttle application resulted in Mazepin spearing across the track and into the barriers, putting a swift end to his maiden F1 outing.

It marked the first time that a debutant has retired from their first race on the opening lap since Allan McNish and Felipe Massa were caught up in the infamous Turn 1 pile-up at the 2002 Australian Grand Prix.

Speaking after his retirement, Mazepin accepted blame for the incident and stated he was “very angry” with himself.

“It was very simple, I made a mistake, the tyres were cold and I got on the kerb. I took too much throttle and spun, totally my mistake,” he said.

“I was at Turn 2, I really tried to avoid Mick as he was so close and got too much on power. The tyres didn’t take it, so my fault. Very disappointing.

“There are always positives to take, my days on track are very long, they include loads of things. The learning experience is there.

“You learn a lot through the days, you have your ups and downs but today is one of the biggest downs, that’s life.”

It brought an end to a disheartening weekend for Mazepin, who also spun twice in qualifying – once due to a brake-by-wire issue – and ended up 20th and last behind team-mate Mick Schumacher in the session.

Haas’ Team Principal Guenther Steiner conceded he was not surprised to see Mazepin spin due to his nature of searching for the limit, but believes he and Schumacher, who also spun in a similar manner later in the race, won’t make the same mistake again.

“He [Mazepin] was pushing a little bit harder, but that’s his character more than anything else, just to try and find the limit,” Steiner said. “Sometimes you go over it.

“I’m not really surprised about it, he’s trying to do the best he can and our car is not easy to drive. I think he’s one of those guys that just tries very hard.

“So I think this is down to making the experience, I do not think they will do that again, they will spin again, but not in the way they did today.

“This was a new experience in a race, trying to fight with other cars and sometimes being a little too optimistic, how much traction you’ve got or how much the car can take of power from the engine.”