Insight: Beware the Ides of March 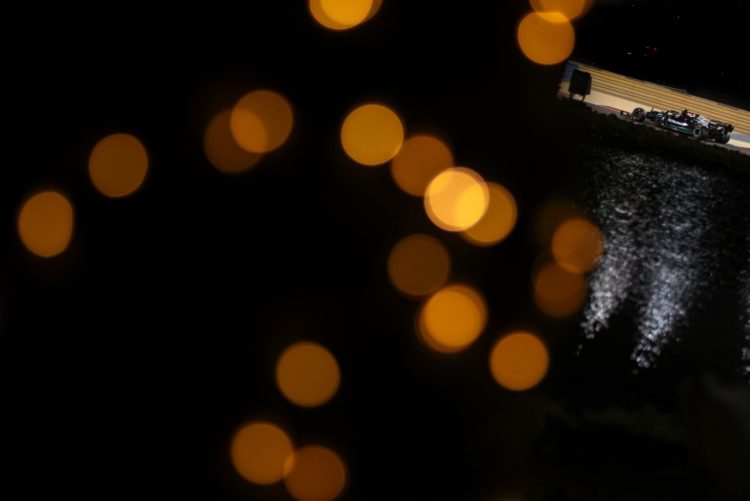 Red Bull Racing fronted Formula 1 pre-season testing in 2021 as current kings Mercedes cut a subdued figure. But should we really conclude anything from the three days in Bahrain? MotorsportWeek.com assesses the situation.

Red Bull Racing has, along with Ferrari, been one of Mercedes’ main rival in Formula 1’s hybrid era. But unlike its scarlet rivals, who had legitimate title tilts in 2017 and 2018, Red Bull has never been a credible championship contender in the wake of its run of four concluding in 2013.

Since Formula 1 revised its aerodynamic regulations in 2017 there has been a similar trend: Red Bull starting seasons slowly before catching up, albeit remaining adrift of Mercedes, whose focus had already turned to the following campaign.

In 2020 Red Bull struggled with its RB16 early in the season, with rear-end instability a recurring trait, as Mercedes stormed to another title. Red Bull did emphatically claim a pole position/win double – though only at the final round. Half of Max Verstappen’s 10 career wins have been in the final quarter of Formula 1 seasons.

But this has not been solely limited to the hybrid era. Red Bull Racing last topped a group pre-season test in 2009 while only once in its history – in 2011 – has it claimed victory at the first round of the year. Red Bull has historically been far more potent in the second half of a season.

It’s what makes starting on the front foot such a rarity for Red Bull. Aside from an early spin in blustery conditions for Verstappen the RB16B had a compliancy that was lacking 12 months ago. Even after only a couple of outings in the car Verstappen, while still naturally cautious, was buoyed over the RB16B’s responsiveness to set-up changes. Even when he understeered wide at Turn 11, running through the sandy run-off, Verstappen still had sufficient pace to go quickest on Mediums, prior to his later gains on the Softs.

“Compared to [testing] last year it feels better but we also improved our car a lot compared to the beginning of last year, even throughout the season last year,” said Verstappen on the RB16B.

New team-mate Sergio Perez also had an encouraging spell in the RB16B even if he is aware of the challenge in front. “I still have a lot of things to learn in the car, to get the maximum out of it,” he said. “But I mean, the best I can do is just to be patient, and take the first races as they come.” The season starting in Bahrain, where tyre-whisperer Perez has been strong even before his 2020 Sakhir win, will be a boon.

Reliability was solid, reinforced by the display of sister team AlphaTauri, who caught the eye late on with the DRS-abusing Yuki Tsunoda, as the power unit that was initially set to be introduced in 2022 made its debut propelling the RB16B and AT02.

“There were a few problems on the PU side and the chassis side,” said Honda chief Toyoharu Tanabe. “But overall, the reliability and general performance level of both cars was good and we got through all our planned programme with both teams. We are determined to have a strong start to the season.”

But how much of the picture was Red Bull Racing being strong and how much was Mercedes being – relatively – underwhelming?

Even accounting for a confident and buoyant Red Bull, Mercedes had a lacklustre three days by its own lofty standards.

There are a lot of caveats. No-one can know precise engine modes or fuel levels, while lap time differences have a greater variation in Bahrain compared to Barcelona, owing to the hotter conditions and night running. The wild winds were also gusting in all different directions, just to complicate matters further, which causes havoc for Formula 1 cars. Mercedes, in particular, has been susceptible to aero turbulence, demonstrated when its cars have been firmly stuck in the pack.

Mercedes wasn’t fastest in pre-season testing across 2017-19 but each year Lewis Hamilton turned up and rocketed to pole position in Australia. Hamilton claimed seven poles on the bounce at the opening round (2014-19) and 2020 would have undoubtedly followed suit had the virus not intervened.

This pre-season, though, there was a genuine vulnerability to an operation that has rewritten the record books.

The first morning was wrecked by a gearbox issue, leaving the team playing catch-up, while an off-season attempt to improve Lewis Hamilton’s seating position proved fruitless as he immediately disliked it upon trialled it in a real-life scenario, prompting a change that cost more time. Hamilton and Bottas both struggled with rear-end instability, the W12 snapping on more than one occasion, with Hamilton having an uncharacteristically lazy spin into the Turn 13 gravel. He then spun again on Sunday evening while gearing up for a hot lap and a subsequent push attempt was then particularly underwhelming. The current sensitivity of Formula 1 cars and its tyres means finding that ideal window is an ever-evolving formula. Last year’s all-conquering W11 could blitz track records (just watch the Mugello onboard for a display of stunning supremacy) but haemorrhaged seconds in Turkey when it fell out of the range. This also makes definitive conclusions from one circuit across just a three-day period exceptionally problematic. Yet given the lack of pre-season testing time, and the high reliability elsewhere, every setback appears magnified. The circuit conditions could be the same next weekend when the real battle begins.

“We’ve made a bit of progress with the balance on higher fuel and the car was more predictable but we can see from the data we’ve collected over the last few days that on race pace, we’re not as quick as Red Bull,” conceded Mercedes’ trackside engineering director Andrew Shovlin. “The lower fuel work was a more confusing picture; we didn’t gain enough and we need to go and look at our approach as far too many cars were ahead of us on pace. We’ve had issues in recent years with pace in winter testing and managed to make good progress before the first race but we may have our work cut out this time.”

Speaking after his last stint in the W12 Hamilton said: “We made some improvements but it’s still not where we want to be. I can’t pick out any one area, it just feels globally through the lap that we need to improve.”

Bottas was far more upbeat than his colleagues though still conveyed caution over the situation.

“There’s still more work to do; we’ve collected lots of data over these past few days which we will analyse to help us make the car faster ahead of the first race,” he said. “Time is even more limited now with the recent changes but our recovery from the first day has been very good. I absolutely believe that the car and team has the potential to fight for the title. I don’t think the package is quite there yet in terms of performance but I have no doubt it will be. I feel like I’ve had enough time in the car, performing short runs and long runs, and I really feel comfortable and confident.”

There was neither stunning mileage nor performance from Mercedes while conversely Red Bull Racing firmly hit the ground running. One team, clearly, had a more favourable long weekend in the desert than the other, though with 23 grands prix between now and mid-December only a fool would set the picture in stone. Yet that picture is undoubtedly more intriguing than it was one week ago.