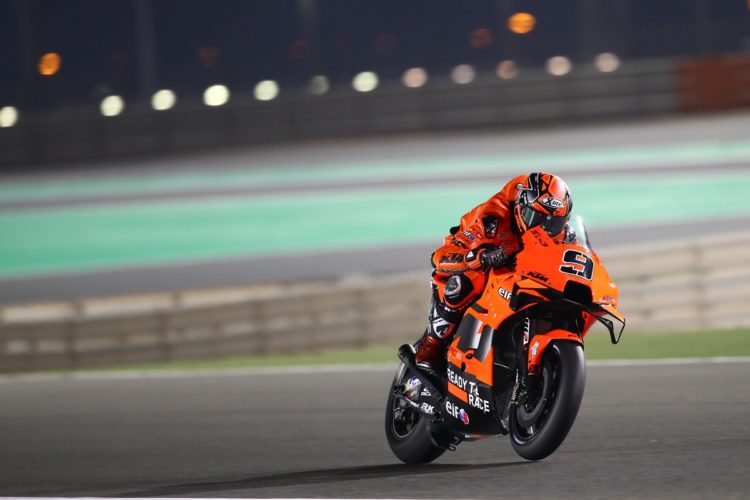 Danilo Petrucci led the times at the conclusion of the final day of MotoGP pre-season testing as a sandstorm that limited running severely meant only five riders set a time.

The Italian was the only man to post a laptime-a rather pedestrian 2:01.308s-prior to the lunchbreak as an aggressive sandstorm meant that track conditions were less than ideal, the Losail International Circuit caked in a layer of sand that also caused a severe reduction in visibility.

The session was red flagged for over an hour during the afternoon segment as marshalls ventured out to try and clear the circuit of sand, with Friday running ultimately restarting with just an hour remaining.

Petrucci would lower his gambit to a 1:58.157s by the time the session concluded-five seconds slower than Jack Miller’s testing benchmark- to bring an end to pre-season testing for the 2021 MotoGP season, with the campaign getting underway properly for a double-header event at the same Losail circuit for the Qatar Grand Prix in two weeks time.

Stefan Bradl managed the second quickest time for Honda 1.2 seconds from the coattails of Petrucci’s KTM, while LCR Honda’s Takaaki Nakagami completed the top three a further four-tenths of a second behind.

Brad Binder and Pol Espargaro were the only other two pilots to post times on Friday, the five covering a grand total of just 43 tours between them.