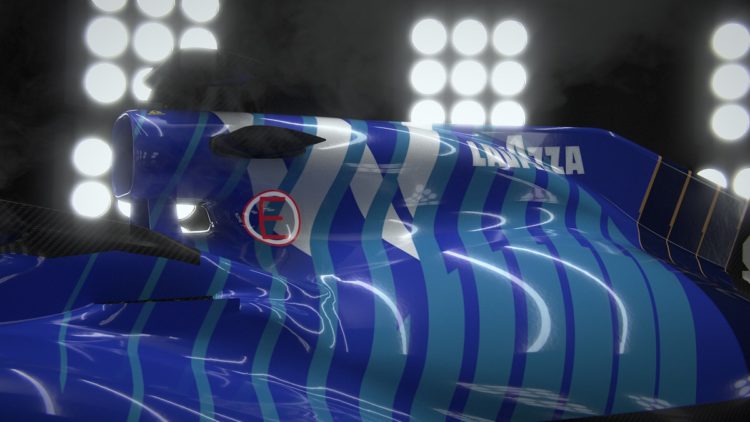 Enduring the pain of receiving Formula 1’s figurative wooden spoon in recent years has left Williams ambitious to free itself from forming the bedrock of the series’ championship table. This year marks the start of a new era for the Grove-based squad, its first full campaign without the involvement of the Williams family, as it lays the foundations for its desired revival.

The new owners, private investment firm Dorilton Capital, are out to reinstate the team’s legacy, giving nods to previous success by combining blue, white and yellow accents on the new FW43B car.

As well as the 2021 car looking different to its predecessor, there have been more key changes since Dorilton’s takeover in August 2020. Days after the US company declared the acquisition of Williams, Mike O’Driscoll confirmed he would be leaving his role as the Group’s Chief Executive Officer, while Simon Roberts stepped up to replace Sir Frank Williams – and effective boss Claire Williams – in the Team Principal position. During the winter break, Williams also appointed 2009 champion Jenson Button as an advisor but more prominent has been the signing of Jost Capito to the CEO role. Capito boasts a wealth of experience through senior roles with BMW, Porsche, Sauber, Ford and most recently, Volkswagen.

Capito has wasted no time becoming integrated with his colleagues, despite the challenges posed by Covid-19 restrictions: “I was appointed CEO of Williams a little over a month ago and as I said at the time, it’s a huge honour to lead this famous team into its new era with its incredible history and place in this sport, which we all love,” Capito said.

“Over the last month I began by first meeting and listening to the people, so I held individual meetings for 45 minutes each with each of the top 50 managers within the team.

“Sadly, I could not do this face-to-face due to the Covid restrictions but it was still hugely informative to do those via video calls. I also had ‘town hall’ meetings covering every single person in the team. The whole exercise reinforced [to] me that we have the talent in the company to build for the future.

“I have been very impressed by Dorilton, they are very good owners with the right mindset and resources and they are very supportive to the team. We are at the dawn of a new era for Williams.”

It goes without saying that job of guiding Williams towards the front of the grid is an onerous task, especially with the team consistently languishing at the back of the grid for a handful of years.

However, the nadir was reached in 2019, rather than 2020, with last year delivering an uplift in performance – returning the team to Q2 and battles among ‘Group C’ – even if points remained out of reach. Williams is nonetheless under no illusion and understands the challenges it faces to return to glory, even with the introduction of a budget cap, new regulations and a sliding scale for aerodynamic development, which benefits teams that finish towards the bottom of the standings.

“I can confirm that Dorilton has invested a lot since they started, since they got the ownership and they are continuing to do this,” Capito said.

“If we come up with potential performance improvement measures, what we can do, we get the full support from Dorilton and this is absolutely fantastic and even better than I expected when I accepted the role. It’s very much the areas that we will recognise and we will point out where we have a lot of potential to improve.”

One aspect that Williams hopes will bring about gains is the increased technical collaboration with Mercedes from 2022, with the German manufacturer supplying certain transferrable components such as the gearboxes and related hydraulic components. Williams has been aligned with Mercedes throughout the hybrid era but greater collaboration beyond an engine partnership had always been resisted by the previous ownership.

“It helps us next year because we don’t have to spend the time and effort re-designing our gearbox, that’s a given,” said Roberts. “We can re-deploy that resource on other areas of performance on the car, which is part of the strategy, part of the rebuild that we’re in.”

While it’s a major development for Williams, it only fills in a small of chink of what’s needed to bring the team further up the grid, with Capito reiterating that it is developing a “step-by-step, long-term plan”.

At the end of the chain, carrying the weight of all the grit that’s poured into establishing the progress are the drivers, who are responsible for rewarding the arduous factory work.

Having had very little taste of success during his two-year tenure with Williams, George Russell sees Capito’s appointment, as well as other developments, as a turning point for the team.

“I think that was very important to have somebody like Jost coming into the team to head it up,” Russell said. “I think the foundations are really getting built.

“The deal that was taking place at the end of last year with Mercedes for 2022, I think is very exciting for the team. But again things don’t happen over the course of an evening, and I think that’s also positive because they’re taking a lot of time to take it all in, understand the weaknesses of the team, the company as a whole and don’t make any rash decisions which is important.

“As the guys have said, this is a medium/longer-term strategy. If you want to get back to the front of the grid – which is the aim of everybody here – you’ve got to do it right and that starts from day one. I think the arrival of Jost, with Simon there as Team Principal, with the financial backing we’ve got from Dorilton, it’s all looking very smooth and sound at the moment.”

Many of F1’s teams are viewing the 2021 campaign as a ‘transitional’ season ahead of the arrival of the revamped technical regulations next year.

While the same mindset applies to Williams, the transformation from 2021 to 2022 goes far beyond just the car that will take to the circuit.

“Transitional means different things in different teams and we’re talking more than just transitioning between sets of regulations – that’s a big part of it, so is developing the team and the people,” said Roberts.

“But actually, it’s about the whole Williams brand experience. This is a bigger journey for us and obviously a team of this history and culture, and its potential and where we’ve been for the last few years, we’ve got a bigger journey to go on. That’s the mission, that’s what we are all committed to.”