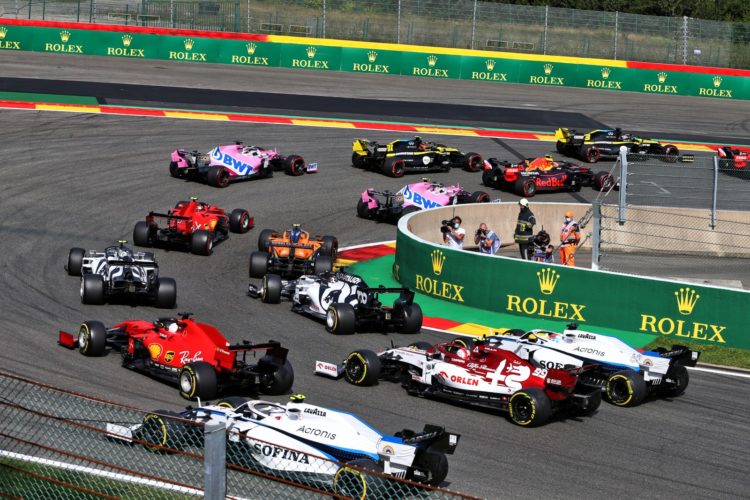 Formula 1 has posted a record loss of $386 million as a result of the COVID-19 pandemic, which had a major impact on the 2020 F1 season and therefore the sport’s finances.

F1’s parent company, Liberty Media, posted its full-year financial results on Friday and the accounts showed just how severe the impact has been on its business.

Teams saw their payments cut from $1.01bn to $711m last year, which will have a major impact on their own finances as they struggle to deal with the pandemic as was a driving factor behind the FIA’s decision to pause development on the 2022 cars and to continue using the same cars in 2021.

“Team payments decreased in the full year driven by the contraction in F1 revenue and the associated impact on the calculation of variable elements of team payments,” Liberty Media said.

The driving factor behind F1’s revenue drop was the shrunken calendar which not only saw 17 races completed out of a planned 21, but also saw the majority of races paying no hosting fee, or a reduced fee as a result of having no spectators.

This meant race promotion fees dropped from 30 per cent of total revenue to just 12 per cent last year.

“Race promotion revenue decreased as fans were prohibited from attending all but three races, which led to one-time changes in the contractual terms of the originally scheduled races that remained on the 2020 calendar and limited revenue generated from the replacement races that were added.”

Meanwhile broadcast fees made up a larger share of F1’s income, up from 30 per cent to 55 per cent in 2020. However there was a dip in broadcast income after some broadcasters had their fees reduced, despite the sport meeting the minimum contractual obligation to run at least 15 events.

“Broadcast revenue decreased as the altered schedule triggered lower fees pursuant to the contractual terms of certain broadcast agreements, as well as other one-time contract negotiations that took place in 2020.”

The third main ‘primary’ source of income comes from sponsorship, which again made up a larger share of F1’s revenue, up from 15 per cent to 17 per cent.

“Advertising and sponsorship fees declined driven by one-time changes in sponsorship contracts due to the cancellation of races to which contracted sponsorship inventory specifically related and the limited activities at the races, including hospitality.”

Other F1 revenue decreased in the fourth quarter due to the non-operation of the Paddock Club at all events but one race, and even then with strictly limited capacity, and lower freight revenue driven by fewer flyaway races, partially offset by increased revenue from the F2 and F3 support series as there were two additional races in the current period compared to the prior year.