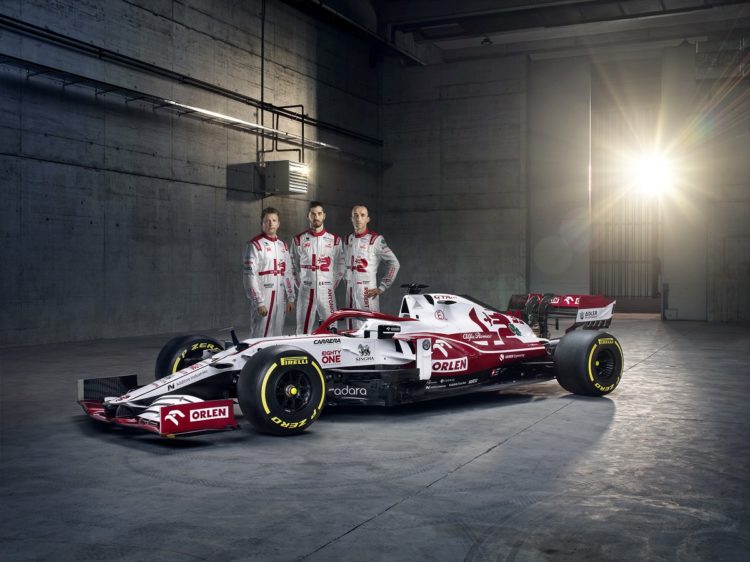 Alfa Romeo has not been the most eye-catching team in recent years, but the launch of the C41 in Warsaw was pronounced, as it showcased an alluring livery accompanied by dancers, dramatic dresses, and a classy piano rendition of Nessun Dorma.

The hard work and piqued dedication that goes on behind the scenes to get an F1 car on the grid is not quite as glamorous.

Alfa Romeo’s performance over the last handful of seasons has stagnated and the team appears to have an ongoing attachment to eighth place in the standings.

Its best result in the last decade was in 2012, when it took sixth, scoring podiums, strong points hauls and even a front-row start.

The nadir came in the middle of the decade, amid financial problems that almost wrecked the team, as it plunged to the rear of the field, mustering just a smattering of points in 2016 and 2017.

A new ownership, management structure and bolstered Ferrari partnership – assisted by the brilliance of flourishing rookie Charles Leclerc – led to green shoots of recovery in 2018, and the team legitimately finished the year battling for best of the rest honours.

Things began well in 2019, the first year that Alfa Romeo had naming rights to the team, as Kimi Raikkonen built on Sauber’s end-of-2018 displays, scoring points eight times in the opening 12 races. But the progress couldn’t be maintained, nor could a plateau of stability, as point-scoring grands prix become more of a luxury rather than an expected race weekend return after the summer break.

With technical regulations largely remaining the same from 2020 to 2021, it’s easy and probably wise to predict that Alfa Romeo will finish in a similar position to last year. The token system, which has been introduced this year to give teams some development freedom, has seen Alfa Romeo focus on the nosecone, meaning it carries over major areas such as the chassis and gearbox from 2020. Ferrari is expected to make power unit gains but Alfa Romeo needs more than pure horsepower to reel in the 99-point deficit to seventh-placed AlphaTauri.

All teams, including Alfa Romeo, are set to prioritise development focus throughout the year on the 2022 car, which sees a major shake-up in the technical regulations.

“In terms of development for the season, we are planning to bring updates through the year but certainly fewer than we would do in a regular campaign, because of the ending of the current regulations,” said the team’s Technical Director, Jan Monchaux.

“Our focus is on 2022, which is going to be a complete revolution: we will have a completely different car and this represents a great opportunity to make a leap forward, closer to the front of the grid.

“It’s no secret that we are going to give development preference to the 2022 car during this year. The less we put on the 2021 car, the more we can put on the 2022 car, especially with the budget cap in place.”

The 2022 regulations are a target that all teams not called Mercedes have currently ringed on the calendar – meaning Alfa Romeo is hardly alone in sensing an opportunity.

In any situation, the reduction of the competitive gaps in the field, which is a key area the new regulations want to address, will take time. As Monchaux points out: “Large teams not only have the money and the people to give them an edge, but also a technological advantage they benefit from, and the effect of this will take a few years to fade.”

There are still unknowns for the team ahead of the new era in 2022. Alfa Romeo, which joined Sauber as title sponsor in 2018 prior to a full rebrand for 2019, only committed for 2021 last October. It was hardly a ringing long-term endorsement. The line-up of veteran Kimi Raikkonen and Ferrari-linked Antonio Giovinazzi is so far, again, only confirmed for 2021. Raikkonen turns 42 in October while Giovinazzi’s place will be significantly less secure if Alfa Romeo opts out. But it’s no hindrance to the team to run the aforementioned pair once again this season: “The 2021 car is a very close development of last year’s and, knowing what Kimi and Antonio want, we were able to focus on mitigating the aspects they did not like,” Monchaux said.

“Had we had a completely new driver, perhaps with a completely new driving style, that would have presented us with an additional challenge – especially in a season with extremely limited testing time. The stability on the drivers’ front definitely helps our engineers focus on giving them the tools to be confident at the wheel and extract the most from the car.”

There’s a burning question – with the cars changing so much for 2022, is momentum an important factor this year? Perhaps less so than previous seasons – factory focus on the new car is taking priority over other things this year.

That being said, it doesn’t eliminate the importance of having a strong campaign on the track. Teams will always seek to improve from the previous season, as is the case with Alfa Romeo in 2021.

“The philosophy upon which the team is based remains the same – we have to do a better job tomorrow than we are doing today,” said Team Principal Frederic Vasseur. “We finished last season in P8, so we have to target a better result in 2021. To do so, we have to keep improving in each department, trackside and back at HQ.”

Alfa Romeo may be tired of slotting into eighth place at the end of each season – but its goal to be something much more than a midfield chaser is a burning desire that it’s very much chasing for 2022 and beyond.