Hamilton tipped for eighth title by 78 per cent of fans 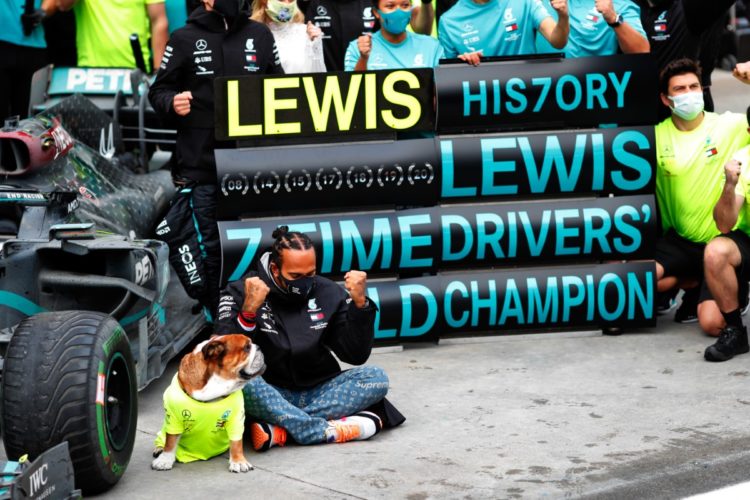 Over three-quarters of Formula 1 fans expect Lewis Hamilton to surpass Michael Schumacher’s record and claim an eighth world title this year, according to a survey undertaken by the championship.

Hamilton took a seventh world crown, and fourth in succession, in 2020 to match Schumacher’s record tally.

In a survey carried out by Formula 1’s Fan Voice, the official community backed by the championship, 78 per cent of respondents backed Hamilton for the 2021 title.

Red Bull driver Max Verstappen was favoured by 15 per cent of those who voted.

The same figure – 78 per cent – have backed Mercedes to claim an eighth successive Constructors’ crown, with Red Bull collecting 18 per cent of the vote share.

In the same survey fans were asked for the three grands prix they are most looking forward to in 2021 and the Netherlands, Monaco and Belgium were the leading trio.

The Dutch Grand Prix is due to return in September, following a 36-year absence, with its planned 2020 comeback nixed by the Covid-19 pandemic.

The number of fans who participated in the survey was not published.

Formula 1 is hoping that spectators will be permitted to return this year after 2020’s attendance was severely limited by health measures in respective territories.

Of the 17 grands prix a limited number of fans were allowed to attend at Mugello, Sochi, the Nürburgring and Portimao, while Bahrain granted entry to healthcare workers.

Of those surveyed 75 per cent requested regular hand sanitising stations, 74 per cent supported socially-distanced seating, while 71 per cent agreed with compulsory mask wearing.