Feature: ‘F1 to IndyCar – How have Grosjean’s predecessors fared’? 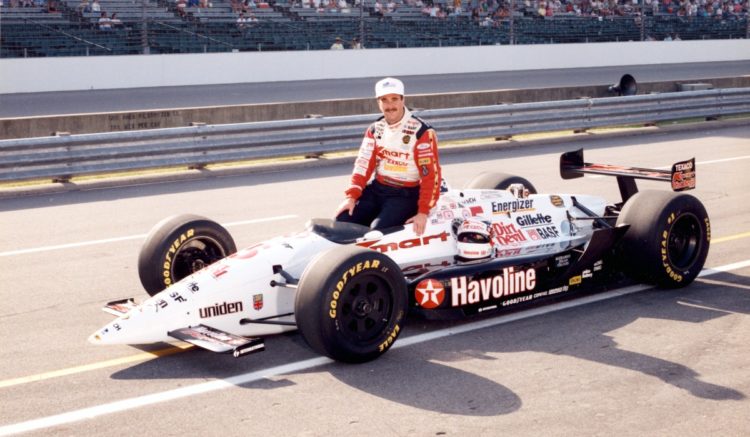 Romain Grosjean will make the move from Formula 1 to IndyCar for 2021 but he is far from the first racer to switch to the US-based series. MotorsportWeek.com assesses how some of his predecessors fared.

Barrichello became Formula 1’s most experienced driver, taking 11 race wins, but departed at the end of 2011 and linked up with KV Racing in IndyCar.

Barrichello rebounded after a difficult start to take three straight top 10 finishes at Barber, Long Beach and in his native Sao Paulo. He received the Rookie of the Year award for classifying 11th at the Indianapolis 500, his maiden oval race, and took a best of fourth at Sonoma.

It was an encouraging, if not outstanding, rookie campaign but it proved to be his sole season as he moved back to Brazil to compete in stock cars.

Chilton spent almost two seasons in Formula 1 with Marussia but exited the sport along with the team after the 2014 Russian Grand Prix.

Rather than chase a career in Europe, Chilton switched to the US but atypically made a step down to Indy Lights, claiming a sole victory at the Iowa Speedway.

Chilton moved up to IndyCar with Chip Ganassi in 2016, and had a race-leading stint at the 2017 Indianapolis 500, but results proved difficult to come by, and since 2018 has competed for Carlin.

After a spate of close calls Alexander Rossi finally got his shot at Formula 1 in 2015 – albeit at just five events, and with the hopelessly-off-the-pace Manor Marussia team.

Rossi, previously reluctant to move to IndyCar, joined Andretti Autosport for 2016 and pulled off a major shock when he mastered an off-kilter fuel strategy to triumph at the Indianapolis 500.

Rossi has since emerged as one of IndyCar’s most formidable racers, taking a further six victories, and classified runner-up in the 2018 standings.

Ericsson started almost 100 grands prix for Caterham and Sauber between 2014 and 2018 but was left without a Formula 1 drive for 2019.

Ericsson retained a connection with Sauber but swiftly found a home in IndyCar with Schmidt Peterson Motorsports.

Ericsson picked up a podium finish at the second round of the ‘Dual in Detroit’ and missed out on a potential top 10 finish at the Indy 500 after a mistake entering the pits forced him out of the race.

Ericsson has since moved to Chip Ganassi where he has found more consistent form and is looking to build upon that in his second season with the team in 2021.

Honda-backed Sato raced in Formula 1 between 2002 and 2008 for Jordan, BAR and Super Aguri though never achieved consistent results despite astonishing flashes of speed.

Sato took a sole Formula 1 podium with BAR and, fittingly, it came at the US Grand Prix, then held at Indianapolis.

Sato moved to IndyCar for 2010 and soon underlined his reputation as a feisty racer, going for an all-or-nothing move for the lead on the last lap of the 2012 Indy 500, spinning into the wall as a result.

But Sato regrouped and has since taken six victories – two of which, in 2017 and 2020, have been at the Indy 500, becoming the first Asian racer to triumph at the event.

Montoya had to wait for his F1 opportunity owing to some economic issues with Williams, but the team retained him as a reserve driver from 1998.

In a driver-swap deal with Chip Ganassi, Williams took on Alex Zanardi with little success, but Montoya thrived in the US taking the CART title in 1999 as well as victory at the 2000 Indy 500 with a one-off appearance with Ganassi.

The Colombian was handed his promised F1 shot with Williams in 2001 until 2004 before a move to McLaren and continued in the championship until 2006 claiming a total of seven victories.

Montoya eventually became disillusioned with F1 and departed for NASCAR after the US Grand Prix that season.

In 2014, Montoya returned to IndyCar with Penske and would put in a title charge in 2015 which included a stunning comeback to win a second Indy 500. Despite leading the points standings all season, he would ultimately lose the title on countback of wins against now six-time champion Scott Dixon.

Montoya is planning another return to the Indianapolis 500 in 2021 with Arrow McLaren SP.

Wilson impressed in Formula 1 in 2003, despite the limitations of his lofty frame, dragging his Minardi to eye-catching positions before switching to Jaguar.

But the economics left him out of a seat for 2004 and Wilson moved across to CART, as it was, becoming an instant hit in the series.

The British driver racked up seven victories, including the first for Dale Coyne Racing, but tragedy struck in 2015. Wilson sustained fatal injuries when he was struck at Pocono by a heavy piece of carbon fibre that had detached from Sage Karam’s car.

Fittipaldi claimed Formula 1 titles in 1972 and 1974 but his success waned through the decade with his own team and he exited in 1980.

Fittipaldi revitalised his racing career in the USA with Patrick Racing, taking the Indy 500/title double in 1989, and remained a front-runner when he switched to Penske.

In 1993 he won the Indy 500 for a second time but sparked controversy when he refused to partake in the traditional post-race drinking of milk in favour of promoting his own orange juice brand.

His last IndyCar win came at Nazareth Speedway in 1995 before retiring from racing at the end of 1996, aged 49.

In a career fraught with promise, injury and personal setback all in equal measure, Mansell finally claimed an overdue Formula 1 title in 1992, but negotiations with Williams broke down and he instead moved to CART for 1993 with Newman Haas Racing.

Mansell stunned the field by taking victory in his debut race at Surfers Paradise but a practice crash at Phoenix Raceway, hard enough to puncture a hole in the concrete wall, forced Mansell out with a back injury.

Mansell swiftly returned to action and took third at the Indy 500, having lost the lead to Fittipaldi at a late restart, and went on to win the title – but his time in the series was already coming towards its conclusion.

Mansell’s relationship with the series deteriorated through 1994, the demise accelerated by less competitive machinery, he was drafted back into F1 by Williams following the death of Ayrton Senna.

The Andretti name is synonymous with motorsport – and especially in America’s premier open-wheel categories.

Andretti arrived into professional racing in the USAC Championship in 1964 and took three series titles in 1965, 1966 and 1969, a year which would also see him claim his only Indy 500 win.

His commitments meant he only sporadically entered Formula 1 races before finally racing full-time, culminating in the 1978 championship, which proved the last for Lotus.

Andretti brought his Formula 1 career to a close in 1982 and returned to IndyCar, taking another title in 1984 with Newman Haas-Racing.

His final IndyCar victory came at Phoenix in 1993, and he bowed out after 1994, though still participated in a test in 2003 – aged 63 – and remains a familiar face in the series.

He leaves behind countless records in IndyCar such as remaining the all-time leader in pole positions, laps led, race starts, oldest race winner and remains the only driver to win races across four decades.