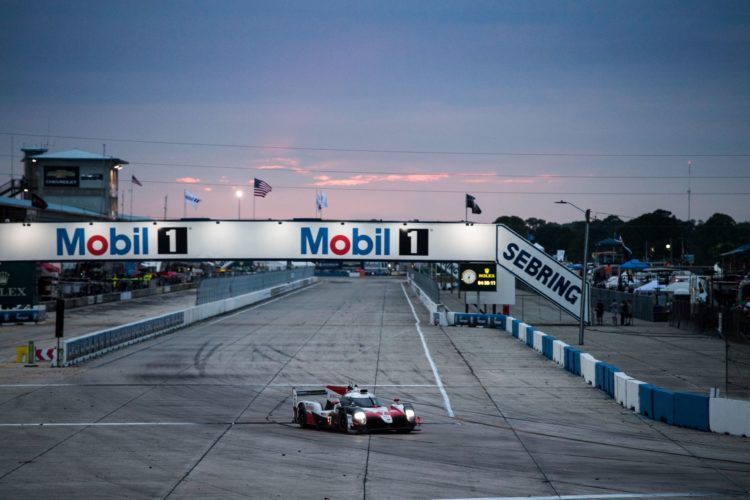 The FIA World Endurance Championship has cancelled its season-opening Sebring 1000 Miles event and replaced it with an 8 hour race at the Algarve International Circuit, commonly known as Portimão, on April 4th, two weeks later than originally planned.

With most teams based in Europe and travel to the United States becoming increasingly difficult, the decision was the only one the championship could take. In particular, the Glickenhaus team had already announced it would not race in Sebring in order to further test and homologate its car. However, it did previously indicate it could make a European round in April.

In addition, the pre-season prologue event will also move from Sebring to Portimão, with the test also two weeks later than originally intended.

Portimão has seen an influx of international racing amidst the pandemic, with Formula 1 visiting last year and due to visit again this year, while the WEC’s sister championship, the European Le Mans Series, has also visited recently.

“Unfortunately the COVID-19 pandemic continues to cause issues worldwide and the decision to cancel Sebring and replace it with a race in Portimão was made following consultation with the FIA, IMSA and management at Sebring,” commented Pierre Fillon, President of the Automobile Club de l’Ouest.

“We are saddened not to see our American friends and can’t wait for the day when we can return to the USA to race alongside IMSA for Super Sebring. We remain focused on continuing to build our long-term relationship with both IMSA and the Sebring International Raceway and the intention will be to return to Sebring in the future.”

Frédéric Lequien, CEO of the FIA World Endurance Championship, added: “Over the past few months we have seen that the pandemic is extremely unpredictable and after several discussions with key parties, the decision was made for the beginning of the season to remain in Europe where most of our teams are based.

“The consequences of a last-minute cancellation would have economic implications for the entire WEC family, so we took a responsible decision. Portimão has provided some extremely close racing in ELMS and has excellent facilities, we are very much looking forward to getting our new season underway with an 8 hour race there in April.”

The rest of the WEC’s calendar remains the same. Spa-Francorchamps will follow Portimão on May 1st, before the Le Mans 24 Hours on June 12-13. Monza returns to the championship after a long hiatus, taking place on July 18, with a two month break until round 5 at Fuji, Japan on 26 September. Closing out the season will be the 8 hours of Bahrain on 20 November.