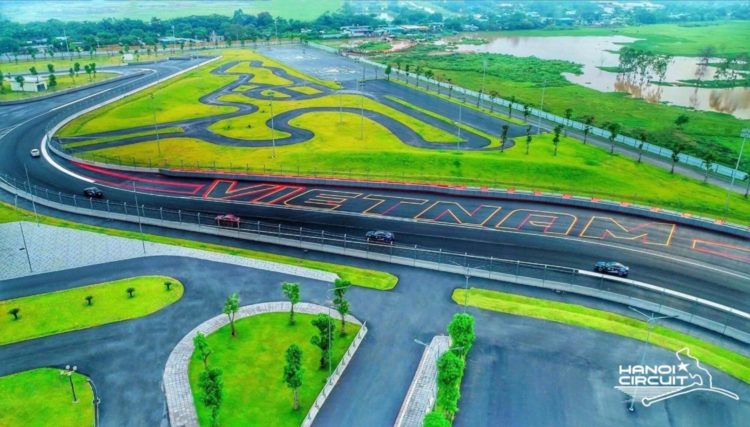 Hanoi’s planned entry to the Formula 1 circus was wrecked by Covid-19 then dismantled amid the actions of a key individual. MotorsportWeek.com takes a look at some other venues whose advanced aspirations of a Formula 1 grand prix fell into tatters.

Back in the 1990s Formula 1’s presence in Asia was limited to its voyage to Japan but by the end of the decade the landscape was beginning to change. Both China and Malaysia were added to the 1999 schedule but while Malaysia immediately planted itself into the championship’s favour it took another five years before China eventually joined the fray. The relatively new Zhuhai International Circuit was provisionally listed as the venue for the second round in 1999 but in December 1998 the FIA called off the event due to issues “experienced by the organisers.” It was inferred that infrastructure problems, owing to the quality of the venue and its relatively remote location, were to blame. Plans for its inclusion on the 2000 schedule never materialised and China had to wait until 2004 before finally getting a Formula 1 round at the purpose-built Shanghai International Circuit. Zhuhai has since hosted sportscar events and was also visited by the short-lived A1GP Series.

As part of Bernie Ecclestone’s venture eastwards in the mid-1990s he agreed a deal with the Sepoong Group for a circuit, as part of a large complex, to host a Korean Grand Prix in 1998. Organisers had backing from the local and national government and a circuit was to be constructed in the Jeollabuk-do region. Only it never materialised. The Asian economic crisis in 1997 was particularly felt in Korea and the project was one of many to be scrapped – though Ecclestone kept an initial hefty payment made by the organisation. In 2003 a memorandum of understanding was agreed between Ecclestone and the Gyeongsang-do region, with plans for a race from 2009, but nothing was carried forwards. Korea eventually joined the calendar in 2010, at a relatively unloved circuit near Mokpo, and the remote event lasted only four years before dropping into oblivion.

Donington Park held a Formula 1 race in 1993 and the rain-hit round, which had the European Grand Prix moniker, was dominated masterfully by Ayrton Senna. Silverstone, by that point, had been the sole permanent home of Britain’s round for several years, having previously rotated with Brands Hatch, and retained that honour through into the 2000s. But during the build-up to the 2008 round it was announced that Donington Park would host the British Grand Prix from 2010 onwards. A revised infield section was to be constructed, along with a new pit/paddock complex, with the location of the start/finish straight set to be moved. Construction commenced but the financial crisis at the end of 2008 contributed to the collapse of the proposed event as the company leasing the circuit from its owners went into administration. Formula 1 remained at Silverstone for 2010 and while Donington Park’s revised layout was never constructed the venue was at least kept alive.

Formula 1 returned to the United States at the purpose-built Circuit of the Americas in 2012 and a year later it should have been joined by the Grand Prix of the Americas, in New Jersey, which was set to be twinned with Canada’s round in June. A street circuit, designed by Hermann Tilke, was outlined through the Weehawken district, with parts of New York City as a spectacular backdrop. Sebastian Vettel and David Coulthard both visited, with Vettel driving the Port Imperial layout in a road car in June 2012, but it remained the only lap that was ever undertaken. The proposed event was beset by financial and organisational difficulties and the 2013 round was called off. Officials were given a brief reprieve, with the event listed on the provisional 2014 schedule, but the issues were never resolved and the grand prix died a quiet death.

Liberty Media picked up where Ecclestone left off in terms of trying to add a second US event. Miami has been its focus and in 2018 a 10-year deal, set to begin in 2019, was agreed with the city. A proposed street-based layout was published that concentrated on the Biscayne Bay area, taking drivers around the American Airlines Arena, though it met with opposition from local residents. Eventually the 2019 plans were abandoned and the event’s format was restructured. A new agreement was reached for a grand prix to take place in 2021 around the Hard Rock Stadium, owned by the Miami Dolphins, with a compromise of not using 199th Street and not running during Friday school hours. But the event stalled, its plight not aided by Covid-19, and it was not listed on the 2021 schedule. It remains to be seen whether Formula 1 cars will ever reach Miami’s roads.

This is, and probably will be, the closest a venue has ever come to holding a grand prix without (possibly) ever hosting a single motorsport event. The grand prix deal was signed by Liberty Media in late 2018 and given a date on the 2020 calendar as the third round of the championship. A semi-permanent circuit, parts of which were inspired by other tracks, was outlined in the western district of capital city Hanoi. The venue was finished in early 2020, including a vast paddock structure, grandstands, and residual circuit furniture. But the Covid-19 pandemic forced the inaugural event to be postponed with just 21 days’ notice and the grand prix was eventually cancelled. In the summer Hanoi’s ex-mayor, Nguyen Duc Chung, who was a key backer of the event, was arrested and charged with appropriating state secrets, and later sentenced to a jail term of five years. Vietnam did not feature on the 2021 calendar and its future is shrouded in uncertainty. It would be a great shame if the venue and country went untapped by Formula 1.