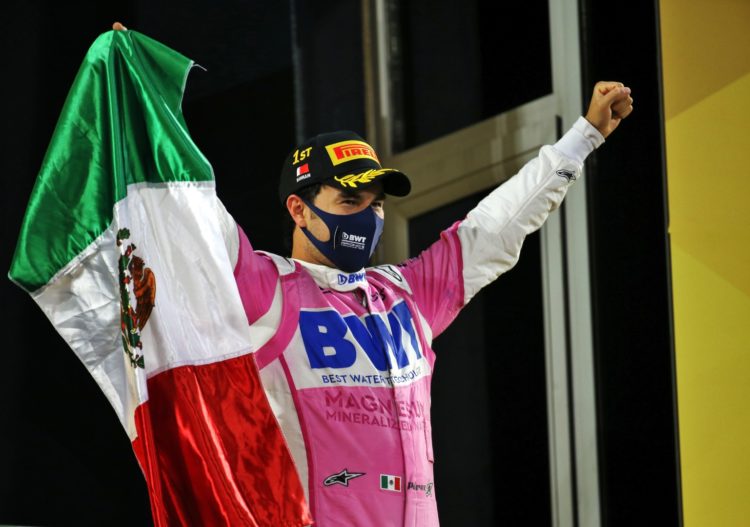 Red Bull has signed Sergio Perez to partner Max Verstappen in the 2021 Formula 1 season. MotorsportWeek.com takes a look at Perez’s path to the team.

Perez made his Formula 1 debut with Sauber in 2011 and immediately impressed by taking seventh first time out in Australia, displaying an early knack for saving his tyres, but the team was disqualified for a DRS irregularity. More points followed, including seventh in Britain, though Perez almost missed two races after a high-speed accident during qualifying in Monaco.

The 2012 campaign was one of the most open in Formula 1 history and Sauber was regularly in the mix among the leading train. Perez thrived in the tricky conditions in Malaysia, taking his maiden podium in second, having made a mistake while leading. More podiums followed in Canada and Italy and his star was in the ascendancy, prompting McLaren to snap him up when Lewis Hamilton opted to jump ship to Mercedes.

McLaren had a race-winning package in 2013 and there was much hope for Perez – but it turned out to be a disaster. McLaren regressed into the midfield, beginning its mid-2010s decline, and there were also more than a few mistakes throw into the mix on Perez’s side. His form improved during the closing rounds, by which time McLaren had already made its decision, opting to promote Kevin Magnussen in Perez’s place for 2014.

Magnussen had initially been earmarked for Force India and so when Perez was made available the Silverstone-based team swopped. Assisted by the dominant Mercedes power unit Force India was regularly in the mix for points and while Perez trailed the consistent Nico Hulkenberg early on he still managed to grab a podium in Bahrain, taking third, and grew in confidence as the season progressed.

The year started slowly owing to Force India’s relative lack of development but once the team introduced its B-spec package Perez was thrust back into the midfield mix. A string of points finishes was followed by a podium in Russia as in a tyre-limited race Perez executed an alternative one-stop strategy, keeping faster rivals at bay, then profiting as those further ahead hit trouble.

As in 2015 Perez’s points tally was low after the opening trio of events but he and Force India rallied, taking a pair of podiums in the space of just three races. Perez thrived in the Monaco rain and was then rapid in Azerbaijan, qualifying second and then surging to third after a penalty relegated him to seventh on the grid.

Force India consolidated its midfield-leading form from 2016 but out went Hulkenberg and in came Esteban Ocon. The pair were closely-matched on track and after a tense situation in Canada they duly clashed in Azerbaijan – a race the team felt it could have won – and had another costly collision in Belgium. Perez only failed to score three times but for the first time with Force India didn’t take at least one podium.

By 2018 Force India’s finances had reached a perilous stage owing to the ongoing situation surrounding Vijay Mallya. Perez took a podium in Azerbaijan but elsewhere points were harder to come by, owing to a lack of development, as well as his own involvement in the eventual administrative process. Lawrence Stroll acquired the squad and matters improved after the summer break.

The rebranded Racing Point team had early difficulties owing to the knock-on effect of the lack of 2018 development. Perez went eight races without troubling the top 10, including a rare mistake in Germany, when he crashed in the wet. But, as in 2018, Perez and Racing Point rallied after the August recess and he took eight points finishes in the space of nine grands prix, as well as signing a new three-year deal.

In the Covid-19-delayed 2020 campaign Racing Point thrived with its Mercedes-inspired car, though early opportunities were missed, including when Perez contracted the virus. But after a string of strong points-scoring results Perez scored a deserved podium in Turkey and, having been robbed of another rostrum in Bahrain, starred with a last-to-first display at the follow-up event. It ended a wait of 190 races and meant he became Mexico’s first grand prix winner for 50 years.