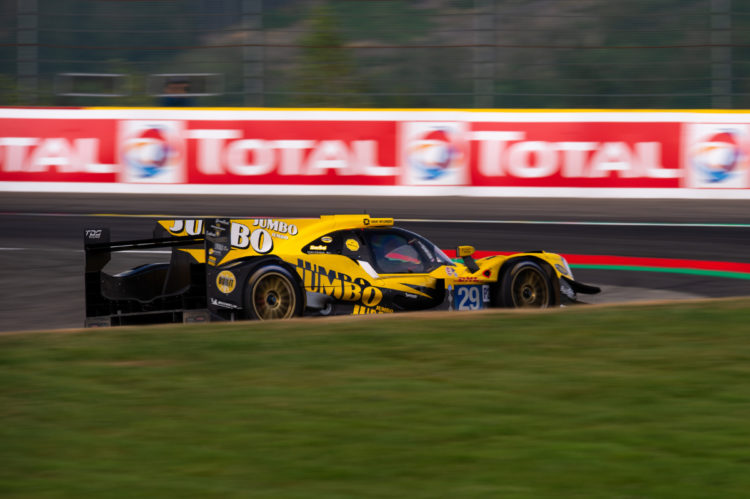 Racing Team Nederland has announced plans to return to the FIA World Endurance Championship for the 2021.

The Dutch squad, winners of last year’s 6 Hours of Fuji along three other podium finishes, will once again enter a single ORECA 07-Gibson.

Team owner Frits van Eerd and Giedo van der Garde both return for the 2021 campaign, while Nyck de Vries has been replaced by Job van Uitert. Van Uitert drove for the team on a number of occasions, including at Silverstone, where the team took its first pole position and podium.

De Vries, who drove for the team during the previous two seasons, has been signed by Toyota Gazoo Racing as their test and reserve driver.

“This is a wonderful opportunity for me,” said Van Uitert. “Racing Team Nederland has quickly made a name for itself in endurance racing, and the team enjoys a lot of support in The Netherlands.

“I really enjoyed the two races I did with them already, and I am proud that I am now permanently part of the team. Frits has been supporting me since I did my first races at the age of 15, so it is very special for me that we are now teammates. Moreover, we race together to win. ”

“Job did this fantastically and was on the podium with us both times,” team owner Van Eerd said about the team’s new signing. Also, he was the fastest LMP2 driver at Le Mans. Now he has been given a permanent place in our team.”

“We have greatly enjoyed Nyck’s performance over the past three years, and we are proud of what he has achieved in that period, both with Racing Team Nederland and in Formula 2 and Formula E.

“We have greatly enjoyed Nyck’s performance over the past three years, and we are proud of what he has achieved in that period, both with Racing Team Nederland and in Formula 2 and Formula E.

“We have therefore chosen to promote Job as a permanent driver, especially with an eye on our long-term ambitions.

“As supporter of young talent, JUMBO has been a sponsor of Job for a long time already, so it’s fantastic that he will be part of Racing Team Nederland for the coming years.”

The team has stated that it plans to keep both the driver line-up and its technical teams unchanged for at least the next two years. This means that the Dutch squad has opted to extend its partnership with TDS Racing, which has been running the team’s operations since its switch to ORECA machinery at the start of the 2019/20 season.

“The results that we have achieved with TDS speak for themselves,” Van Eerd explained. “We opted for another two years, because you must always look ahead.

“We have great ambitions with Racing Team Nederland, and Giedo and Job, as well as TDS now all know that we can work together in the coming years to achieve those ambitions. That provides stability and confidence.

“In 2021, we will be racing in the FIA WEC again, but it is no secret that in the future we would also like to race in IMSA. Which is also one of the reasons why we will be participating in the 24 Hours of Daytona in January. ”