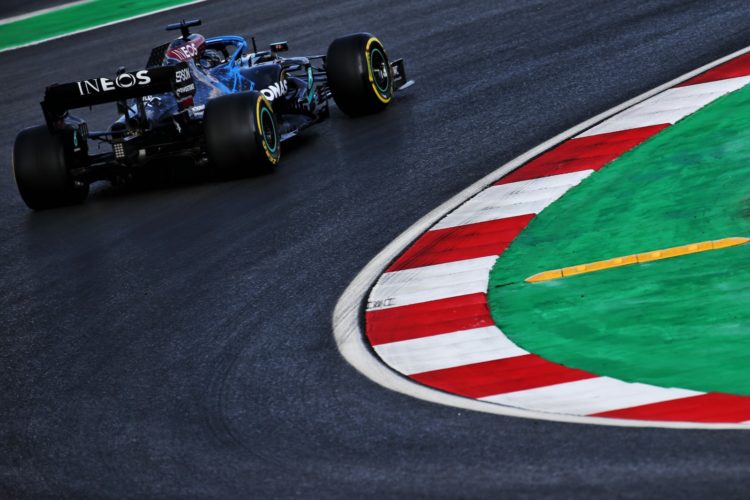 Lewis Hamilton has hit out at organisers of Formula 1’s Turkish Grand Prix, labelling Istanbul Park as “terrifying” to drive, in the wake of recent work carried out to the venue.

Drivers struggled for grip upon Formula 1’s return to Istanbul Park, the resurfacing of which was only recently completed, and lap times were substantially slower than expected.

The best laps were in the 1:35s in FP1, slower than the fastest times managed by the GP2 Series in 2011, and while Max Verstappen worked down to a 1:28 in FP2 it was still off the expected pace.

Sebastian Vettel crept into the 1:25s upon Formula 1’s last visit in 2011 to claim pole position while Mercedes’ pre-event simulation suggested Q3 times in the 1:20s/21s were realistic, given the levels of available downforce.

Hamilton finished Friday’s second practice session in fourth position, one spot behind Mercedes team-mate Valtteri Bottas, ahead of a grand prix in which he could wrap up the 2020 title.

“It was a bit of a disaster today to be honest,” he said.

“This track is such a fantastic circuit and I really don’t fully understand when they spend millions to resurface a track.

“I know it’s been sitting around for some time but they could have just cleaned it maybe, instead of wasting all the money.

“Now the track is worse than Portimao was when we had the brand-new surface there. So for us at least, the tyres aren’t working.

“You can see it, it’s like an ice rink out there and so you don’t get the enjoying of the lap as you normally would at Istanbul and I don’t see that changing.

When asked what the circuit was like to drive Hamilton said: “It’s terrifying the whole way around.

“It’s almost like there’s wet patches all over because you are on slicks, accelerating and it just goes so fast. It’s because you are way, way below the temperature window.

“These tyres, they are so hard and only work in a certain window, so if you are 10 or 20 degrees below they are not working.

“For some reason this surface is so smooth, a lot of the older circuits, are a lot more open between the stones, so it works the tyre more.

“This one is super closed, flat and shiny and I guess there’s oil seeps from the tarmac. It’s s*** with a capital S.”