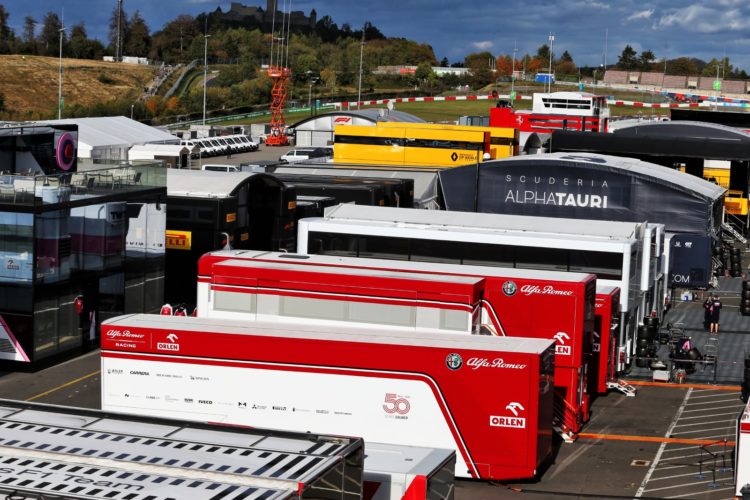 Formula 1 has revealed that a working group has been set up to evaluate the framework for its 2026 engines and has provided a 12-month update on its sustainability plans.

Formula 1 last November outlined a long-term ambition to be a more sustainable championship, which included reducing the series’ carbon footprint, using renewable energy where possible, and making events sustainable by 2025.

On Thursday championship organisers provided an update on its plans.

It has accelerated its initial two-year plan to deliver a more remote broadcast operation, undertaken in just eight weeks due to the Covid-19 pandemic.

As a consequence Formula 1 has reduced its travelling personnel by 36 per cent and its freight by 34 per cent, estimating that it has saved the need for 70 tonnes of freight to be taken to each event.

Power Purchasing Agreements have been signed for all of its offices to ensure it receives its energy from 100 per cent renewable sources.

It has also signed the UN’s Sports for Climate Action Framework as part of its ambition to be net carbon neutral by 2030.

Championship chiefs are already establishing the direction to take for 2026 and beyond and says it believes its next generation engine should “combine hybrid technology with sustainable fuels.

“Therefore a working group of F1 and FIA personnel has been set up to investigate a future engine formula powered by sustainable fuels.

“This group will be expanded to include specialists from the OEMs and energy suppliers as well as seeking expertise from independent research groups.

“Although the carbon footprint of the cars is a very small percentage of our carbon footprint as a sport (0.7 per cent) it is important that the most visual part of our sport is sustainable and can have real world benefits.

“We also believe that there is not a single solution to the engine technologies of the future but that a sustainably fuel hybrid engine will be a significant moment for the sport and the automotive sector.”

As part of its short-term aims championship organisers say they will “work to significantly reduce the amount of single-use plastic bottles and cutlery and food waste in the pit and paddock.”

It will also provide an update on the actions being taken to increase diversity and inclusion in the championship.