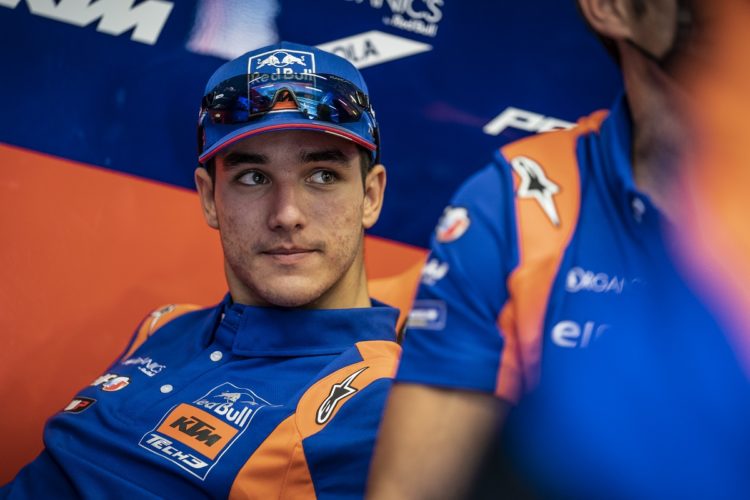 Iker Lecuona will return to MotoGP action for this weekend’s Valencia Grand Prix having been forced to self-isolate for ten days after his brother tested positive for Covid-19.

The Tech 3 KTM racer’s brother-who is also his assistant during race weekends-tested positive for the virus on the run-up to the European GP at the Ricardo Tormo circuit, forcing him to miss the event despite not testing positive for the illness himself.

As a native of the principality of Andorra, anyone that has been in close contact with an individual that tests positive for Covid-19 must also self-isolate for a ten day period, even if they test positive.

Lecuona needed to have just one more test on Tuesday-which he duly passed according to Spanish publication sport.es- as a final precaution before he will be allowed to travel to Valencia on Saturday morning, meaning he will have to miss all of Friday practice with the target of reaching the circuit in time to take part in FP3.

Lecuona will be hoping to end his first full premier class campaign on a high note having experienced a mixed season so far, bagging a pair on ninth-place finishes as his best results so far in the Austrian and Alcaniz GP’s.

His total points haul so far stands at 27, leaving him 17th in the overall riders table-equal with Aprilia’s Aleix Espargaro while LCR Honda’s Cal Crutchlow sits just a further point further back.

The two-time Moto2 podium finisher becomes the second premier class rider this season to return to competition after a self-isolation peroid after Valentino Rossi tested positive for Covid ahead of the Aragon GP last month.

He missed both encounters at the Motorland Aragon circuit as he recovered, while his return for last weekend’s European GP was compromised after having to miss Friday after only receving his second consecutive negative test result on the Friday evening in Valencia, having travelled from Italy overnight after bagging his first negative outcome at home on Thursday night.