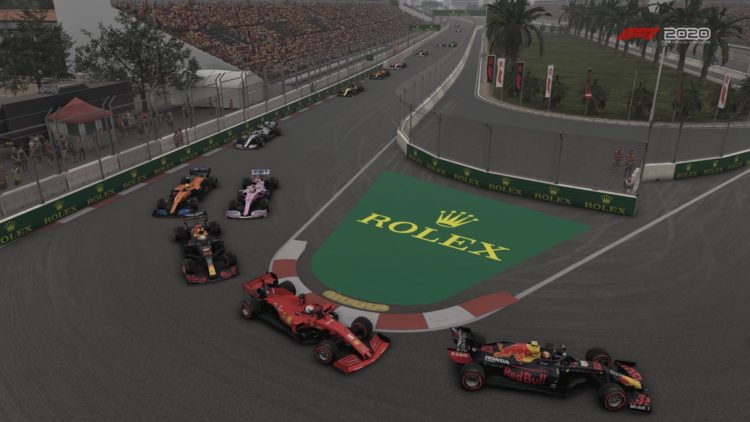 Creators of the Grand Theft Auto franchise ‘Take-Two’ Interactive Software, Inc has made a proposal to acquire Formula 1 video game developers Codemasters in a deal worth a potential $973 million (£752m).

The proposal – understood to be worth £4.85 a share (£1.20 in cash and £3.65 in Take Two shares) – was made last week, but has not yet been accepted by Codemasters, although the British company is set to recommend to its shareholders that the offer be accepted.

Codemasters currently owns the gaming rights to the FIA Formula 1 World Championship and has done since 2009. It introduced its first title on the Nintendo Wii the same year, followed by the launch of F1 2010 on the Playstation 3 and Xbox 360 several months later.

Codemasters was founded in 1986 and is one of the UK’s oldest gaming companies, with motorsport making up the core of its titles, with popular games such as Micro Machines, Colin McRae Rally, and the TOCA Touring Car Series.

Currently Codemasters has Formula 1, Dirt and GRID franchises under its banner and it also acquired Slightly Mad Studios in 2019 – creators of the Project CARS series.

The announcement came on the same day the firm released its latest title, Dirt 5 – a spin-off from the Colin McRae Dirt series.

Since 2010, Codemasters has developed 13 F1-based titles including the latest version – F1 2020 available on Playstation 4, PC, Xbox One and Google Stadia.

In a statement released by the US-based company, it said: “Take-Two believes that the combination of Take-Two and Codemasters would bring together two world-class interactive entertainment portfolios, with a highly complementary fit between Take-Two’s 2K publishing label and Codemasters in the racing genre.

“In addition, Take-Two believes that it can bring benefits to Codemasters’ performance by leveraging Take-Two’s global distribution network and 2K’s core operating expertise in publishing, including live operations, analytics, product development, and brand and performance marketing.”