Progress shows ‘Renault can now be taken seriously’ in F1 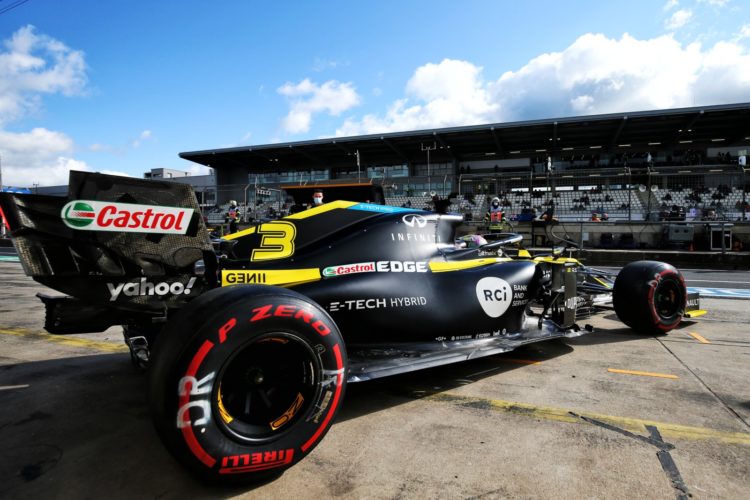 Renault’s Formula 1 gains this year, and its renewed commitment to the championship, shows that it can now be regarded as a serious outfit, according to its team boss.

Renault endured a lacklustre 2019, only narrowly fending off Toro Rosso for fifth in the standings, and its Formula 1 programme was evaluated as part of a company-wide assessment.

But it will remain in Formula 1 and under an initiative pushed forward by new CEO Luca de Meo will take on Alpine branding from 2021.

Renault started 2020 slowly but has scored strongly in recent rounds, including taken a maiden podium at the Nürburgring, to plant itself in contention for third in the standings.

“I guess it gives confidence that we are on the right trajectory to progress,” said Renault team boss Cyril Abiteboul.

“What we do is only relative to what the others will be doing between now and the next few years.

“But certainly I feel that we can be taken now seriously when you say that first we are committed to the sport because part of the question marks were on the commitment of Renault.

“That is now very clear with new leadership of Luca de Meo, there is a clear corporate strategy with Alpine, and the team is progressing.

“Now when we say in the future the next step we want to take we can also be taken seriously but again there is still so much more to come in order to get to a position to win races on a regular basis.”