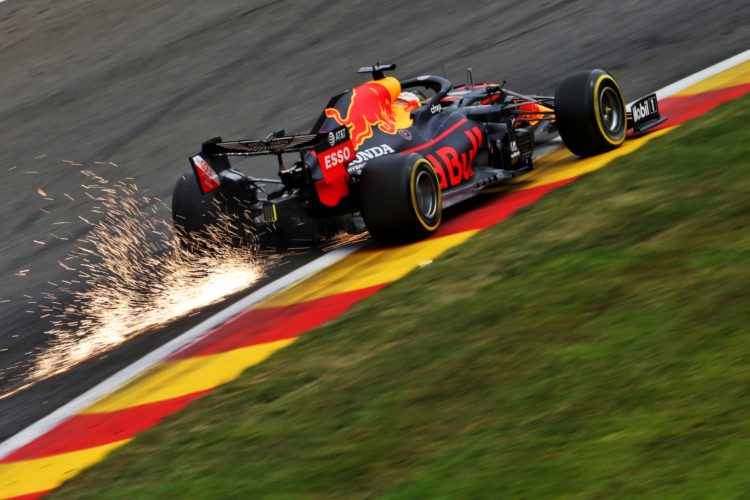 MotorsportWeek.com takes a look at the main talking points to have arisen from Honda’s decision to end its Formula 1 programme after the conclusion of the 2021 season.

Why has Honda chosen to quit F1?

Honda’s decision to withdraw from Formula 1 at the end of 2021 comes after a revision of the company’s overall targets.

Honda explained that the automobile industry is undergoing a “once in a 100 years period of great transformation” and it wants to be carbon neutral by 2050.

Honda is therefore going to pour its current resources into the research and development of future power unit and energy technologies, including fuel cell vehicle and battery EV technologies.

It explained that its personnel can also profit from the experience they have gained in Formula 1 in working on new technology that more aligns with its revised direction.

It stressed that its decision is part of a long-term realignment of its ambitions and that it is not in response to the Covid-19 pandemic, which has had – and is having – a substantial impact on the finances of leading companies.

Honda confirmed that its withdrawal will not impact its other motorsport programmes, which includes MotoGP and IndyCar.

How much notice did Red Bull have?

Last November Honda renewed with Red Bull and AlphaTauri for 2021 – showing further commitment but to a limited degree.

There were tentative discussions over a longer-term deal but Honda says it informed Red Bull in August that quitting after 2021 was a distinct possibility.

Nonetheless the final decision was not made by Honda until the end of September and then communicated to the world on Friday by the company’s President Takahiro Hachigo.

The one advantage for Red Bull is it has some time to assess the situation given that development of the cars for the new-for-2022 regulations cannot begin until January 1.

When manufacturers withdraw from a championship it is usually with very little notice: they either pull out immediately or at the end of the season.

This is slightly different. Honda will remain in Formula 1 for another 14 months, which includes the remaining seven rounds of 2020 and however many events make up the 2021 season.

Hachigo stressed that it remains fully committed to Red Bull and AlphaTauri for the duration of the current contract.

To that end it will introduce a new power unit for 2021 and has already outlined its desire to compete for the championship with Red Bull.

It is a statement that is admirable yet bizarre in equal measure given the investment and effort up until this point.

In theory that means nothing will change. But with the partnership having no potential beyond 2021 it remains to be seen whether 100 per cent will be given in terms of financial and human resources as would have been the case if Honda stayed, or whether there will be a drop off.

Red Bull will now be on the hunt for a new engine supplier – and not for the first time.

Red Bull had to extend its unloved marriage with Renault after 2016 – when both advances to Mercedes and the chance of an alliance with the VW Group collapsed – and agreed that its power units would be rebadged TAG Heuer.

Formula 1’s power units are due to remain until 2026 and no prospective manufacturer has indicated that it wants to sign up in the interim. Not only would it need a huge financial investment but it would be eight years behind rival marques in terms of knowledge and experience. Red Bull has previously rejected the idea of producing an in-house project.

Current Formula 1 regulations have a crucial appendix with complicated wording, formulae and deadlines – but the simple explanation is that the manufacturer with the smallest number of customer teams must step in if a team is without a power unit supplier.

In 2021 Mercedes will supply four teams (Mercedes, Racing Point, McLaren and Williams), Ferrari three (Ferrari, Alfa Romeo, Haas) and Renault just one (Alpine). That means the obligation would fall on Renault to fill the void at Red Bull and AlphaTauri.

It isn’t out of the question that Red Bull could try and turn to Mercedes or Ferrari – but both manufacturers are at their ideal capacity.

What does it mean for the drivers?

In the short-term it is unlikely to have any impact for Red Bull Racing – but long-term it may have an knock-on effect.

Max Verstappen is a big part of the project and now one key component in the form of Honda has extricated itself from the family.

Formula 1 contracts are of course private but there are highly likely to be clauses related to certain developments or performance levels. The notion of a return to Renault power is unlikely to amuse Verstappen. His current deal with Red Bull runs through 2023.

Formula 2 front-runner Yuki Tsunoda has been linked to an AlphaTauri seat on account of his position on Red Bull’s junior team.

Tsunoda has impressed in Formula 2 this season, is on course to earn a Super Licence, and is poised to test for AlphaTauri in Abu Dhabi.

He partly owes his position to Honda, with their respective junior programmes collaborating from 2019 after their power unit alliance in Formula 1.

There are two ways to evaluate this: Honda could regard getting Tsunoda to a 2021 Formula 1 seat as a final flourish and a good news story for a nation that has not had a full-time representative since Kamui Kobayashi, who was and is firmly ensconced within the Toyota camp. But could Honda’s impending exit make Red Bull less eager to install a youngster who has obvious ties to its outgoing partner?

Even removing politics and influence it could boil down to a very simple question: is Tsunoda a better prospect, both short- and long-term, than incumbent Daniil Kvyat?

What does it mean for Formula 1?

There is no sugar-coating that it is not a positive development for the championship.

It has sagely negotiated the potentially ruinous Covid-19 pandemic so far and has had a cultural overhaul in the last few years under new owners Liberty Media. A lot has gone right.

It switched to V6 hybrid power units from 2014 in order to satisfy its existing manufacturers and in the hope that new entrants would join the championship.

Stalwarts Ferrari, Mercedes and Renault remain but the sole engine manufacturer to be persuaded to join has now decided it sees no long-term benefit in remaining.

Brand-wise there are positive moments given the impending arrival of the Alpine and Aston Martin names, and the recent revival of the Alfa Romeo moniker.

But championship officials should be taking a holistic approach and wondering why major automotive companies have rejected Formula 1 in pursuit of other categories.