Red Bull, Ferrari or Honda – who has the best grand prix? 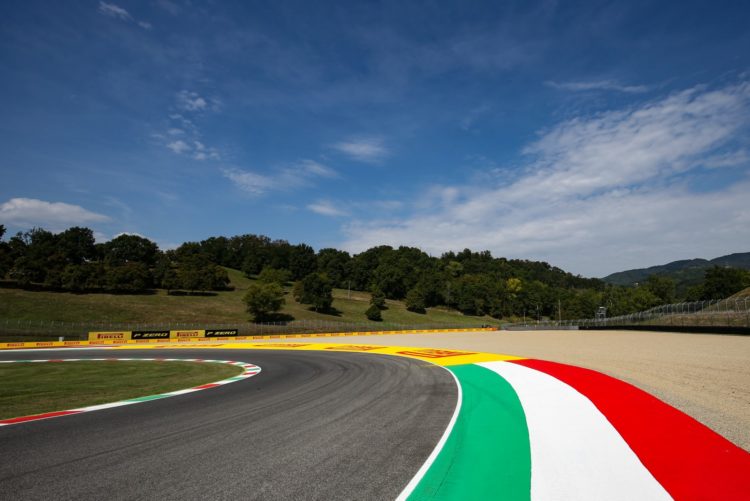 Of the participants on the current Formula 1 grid three of them – Red Bull, Ferrari and Honda – have put on grands prix in the last 12 months. But which is best? MotorsportWeek.com has a ponder.

Red Bull acquired the old dilapidated A1 Ring and heavily renovated it in the early 2010s, bringing Formula 1 back to Austria for 2014 at the renamed Red Bull Ring, aka Spielberg. It hosted the opening two grands prix this year as the championship strived to get the revised 2020 season underway.

Ferrari has been the long-time owner and operator of Mugello and its circuit joined the Formula 1 calendar for a one-off event this year under the Tuscan Grand Prix name.

Honda’s long-term test track Suzuka has hosted grand prix racing for over 30 years, beginning in 1987, and returned in 2009 after a two-year absence – though its event will not run this year due to the coronavirus pandemic.

Spielberg’s short layout and quick lap time places a greater emphasis on nailing each corner and there are some challenging curves. But in comparison to its opponents here it is lagging behind.

That leaves it between Mugello and Suzuka.

Drivers were in awe of Mugello’s undulating high-speed layout with only the higher gears being used for the entirety of the qualifying lap. The middle sector showed Formula 1 cars to be fighter jets on wheels as Lewis Hamilton was flat out through four high-speed corners, including the Arrabbiatas.

Suzuka features a range of corners but its flowing first sector, Degner complex, long-radius Spoon curve and flat-out 130r pushes drivers to their limits. There is little breathing room around the lap with the barriers perilously close and any mistake punished. It is the ultimate test of driver skill and confidence.

Suzuka just about wins this one.

Suzuka hosted an iconic thriller in 2005 – one of the greatest races in history – but in recent years race day has sadly often been a tepid affair. The leader into Turn 1 has been the winner each year of the hybrid era. Not terrible, but not great either.

It is difficult to judge Mugello after one event but while there was some wheel-to-wheel action it will always be remembered for the crash-strewn affair.

But the layout of the wider Spielberg track promotes racing almost all of the way through the lap, with some brilliant slipstream battles along the first two straights, as drivers jostle for position, the recent highlight being the 2019 lead scrap between Max Verstappen and Charles Leclerc.

Out of the three Spielberg gets the nod.

This one is slightly harsh against Mugello – for obvious reasons. There were only a limited number of fans permitted due to current restrictions. In a ‘normal’ year it is possible to envisage a frenzied atmosphere, akin to Monza, particularly when you take a look at how it is for MotoGP.

Spielberg was slightly tepid early on but in recent years the Oranje Army has turned the Austrian Grand Prix into the Max Verstappen show, creating a carnival atmosphere, particularly assisted by his 2018/19 wins.

But there is something about Suzuka. The fans are engaging, creative and passionate, and are also exceptionally polite. That creates an infectious atmosphere, particularly late at night when they stay to watch the mechanics work, and on race day, blaring airhorns and applauding the racers.

Suzuka takes this one.

All three are relatively rural in comparison to some events on the schedule.

Japan is a brilliant country with some enchanting parts, other worldly vibe and stunning scenery. Every Japanese city has its quirks and peculiarities that makes them hugely appealing. But not in the Suzuka area. It isn’t especially pretty or engaging unfortunately.

When Spielberg returned to the calendar it immediately captured the attention for its amazing backdrop, with the verdant Styrian hills and the edge of the Alps stretching out across the horizon.

But it is quite hard to argue against Mugello – nestled within the rolling Tuscan hills that makes it picture-postcard perfect from whatever angle. It also has the historic city of Florence around an hour’s drive away – and it’s blessed with the cuisine that Tuscany provides.

Mugello, you’ve got this one.

Ah, Mugello, we’ve exposed you on this one. Sorry.

It’s between Spielberg and Suzuka. There have been some incredible moments at the Austrian Grand Prix over recent years, such as the aforementioned 2019 scrap and last-lap Mercedes collision in 2016, but Suzuka is surely on another level to that.

Its location towards the end of the season, sometimes as the finale, has resulted in spine-tingling moments taking place at the figure-of-eight track.

They include the Senna-Prost tension and collisions, Mika Hakkinen’s title triumphs, and the scene of Michael Schumacher realising the Ferrari dream after years of struggle.

Suzuka goes in the history books.

And the winner is…

All three have proven to be fabulous grand prix venues and are head and shoulders above some events on Formula 1’s calendar.

But in the battle between three marques it is Honda’s Suzuka Circuit that takes the chequered flag just in front of its rivals.