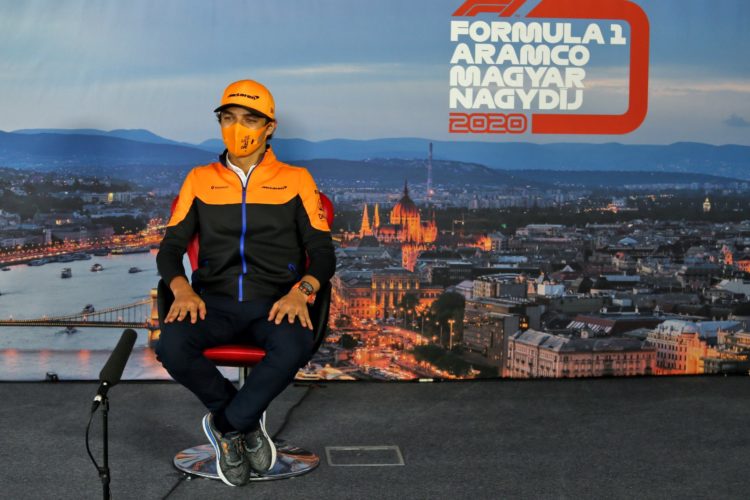 McLaren Formula 1 driver Lando Norris has revealed he returned to the United Kingdom after the Styrian Grand Prix to address the pain he suffered at the Red Bull Ring.

Norris suffered chest pain during Friday practice for the Styrian Grand Prix, with McLaren adapting his run plan as a result, and was also in discomfort in Sunday’s race.

Norris nonetheless still managed to finish fifth and holds third place in the Drivers’ Championship after the two Austrian rounds.

Some teams carried out a filming day, or a test with a two-year old car, once lockdown restrictions eased, but McLaren was not able to use Formula 1 machinery due to a lack of suitable power units.

Ahead of this weekend’s Hungarian Grand Prix Norris revealed that “we’ve kind of diagnosed it and I’m feeling better for this week, which is a very good thing.

“I went back to the UK in the last few days, remaining in my bubble, to go and see some specialists and get scans and so on.

“We diagnosed pretty much what the problem was and I’m feeling better. It’s not something that’s going to heal completely overnight but I’m much better than what I was last weekend.

“It was just bruising from being out of an F1 car for so long basically and then getting back into it and going straight into a race weekend, doing so many laps.

“It wasn’t something I could really prepare for or know about until after we did the first weekend.

“Obviously we had a few days off in between but it hit my body a few days later and I was just a bit bruised.”

“I’m alright for now. It’s hard to know until I’m back in the car and pushing it to the limit again but for now everything is good.”