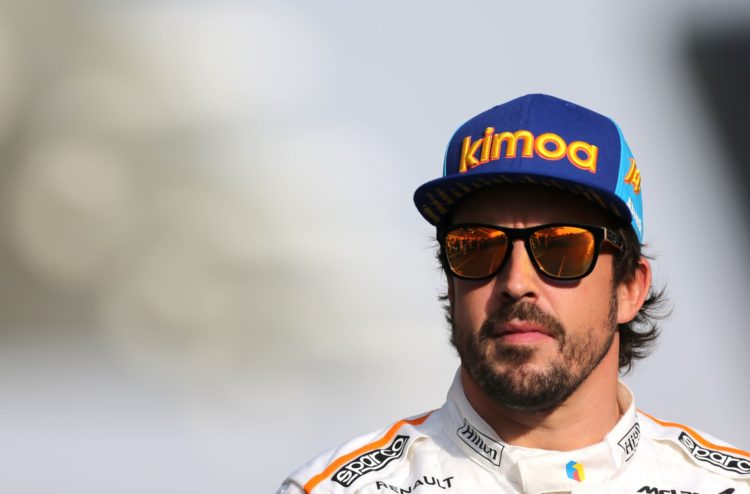 Fernando Alonso will return to Formula 1 with Renault next season after agreeing a multi-year deal with the manufacturer, it was confirmed on Wednesday.

It will be Alonso’s third spell at Renault, with whom he has won 17 races and two Formula 1 titles, and will bring the Spaniard back onto the grid after a two-season absence.

Alonso, who turns 39 later this month, will partner Esteban Ocon at the team, in place of Daniel Ricciardo, who has already signed for McLaren, with Carlos Sainz Jr. moving to Ferrari.

“Renault is my family, my fondest memories in Formula 1 with my two World Championship titles, but I’m now looking ahead,” said Alonso.

“It’s a great source of pride and with an immense emotion I’m returning to the team that gave me my chance at the start of my career and which now gives me the opportunity to return to the highest level.

“I have principles and ambitions in line with the team’s project. Their progress this winter gives credibility to the objectives for the 2022 season and I will share all my racing experience with everyone from the engineers to the mechanics and my team-mates. The team wants and has the means to get back on the podium, as do I.”

Alonso made his Formula 1 debut for Minardi in 2001 and joined Renault as test driver for 2002 before returning to a race seat in 2003.

Alonso went on to claim a maiden victory that same season and secured back-to-back titles across 2005/06, beating Kimi Raikkonen and Michael Schumacher, after which he switched to McLaren.

Alonso partnered rookie Lewis Hamilton but management issues and the Spygate scandal was followed by Alonso’s exit after just one season, returning to Renault for a two-year period.

Ferrari came calling for 2010 but title charges fell short, with Alonso taking the runner-up spot three times in a four-year spell, twice losing out to Sebastian Vettel in a last-race decider.

After a troubled 2014 campaign amid Ferrari’s struggles and new management Alonso left to re-join McLaren as it linked up with returning engine partner Honda.

But the McLaren-Honda relationship was dogged by unreliability and lack of performance and after a three-year spell with a best race finish of fifth the parties went their separate ways.

McLaren joined forces with Renault but its struggles continued, prompting a restructuring of the team, and in 2018’s summer break Alonso announced his departure at the end of the year.

Alonso remained associated with McLaren in 2019, testing its car in Bahrain, though an ambassadorial role expired at the end of the year.

Relations were cut with the Formula 1 outfit but Alonso will still compete with McLaren Racing’s IndyCar division at next month’s Indianapolis 500 for his third attempt at the event.

He has also competed in the World Endurance Championship and the Dakar Rally since leaving McLaren.