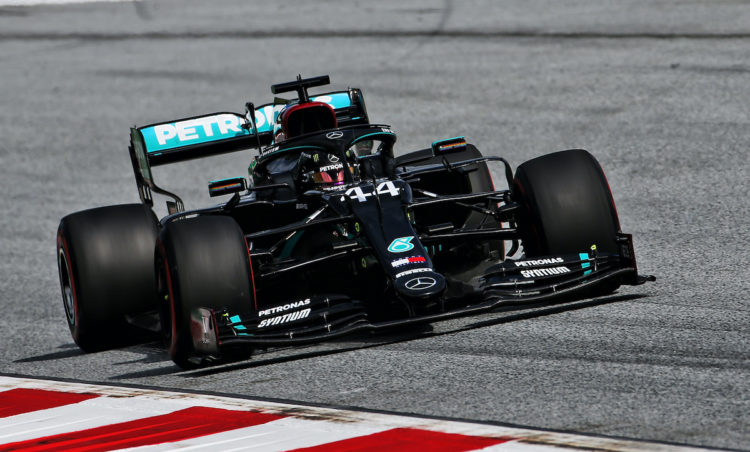 Red Bull has lodged an official protest against Mercedes regarding the use of the Dual-Axis Steering system on its W11 at Formula 1’s Austrian Grand Prix.

DAS appeared on the W11 during pre-season testing in Spain, with footage showing Lewis Hamilton and Valtteri Bottas pushing and pulling their steering wheels to adjust the toe angle of the front wheels.

Mercedes has repeatedly insisted that the system is legal, having sought clarification from the FIA before implementing it, though Red Bull has indicated it has doubts over the device.

The system has already been outlawed for 2021.

Red Bull had been expected to lodge a protest in Australia, prior to the event’s cancellation, and on Friday in Austria Mercedes confirmed that DAS was being run on both cars in practice.

On Friday evening the FIA summoned representatives from Mercedes after Red Bull protested both Hamilton and Bottas following the conclusion of the second practice session.

Red Bull has protested under Articles 3.8 and 10.2.3 of the Technical Regulations, which references the outlawing of certain moveable aerodynamic devices, and adjustments to suspension systems, while the car is in motion.

“Clarification is always good, we think we are on the right side, there was a lot of talking and exchange with the FIA, that’s why we have it on the car, so we will both bring our arguments forward then we’ll see,” said Mercedes team boss Toto Wolff earlier in the day.

Mercedes are due to meet the stewards later this evening.