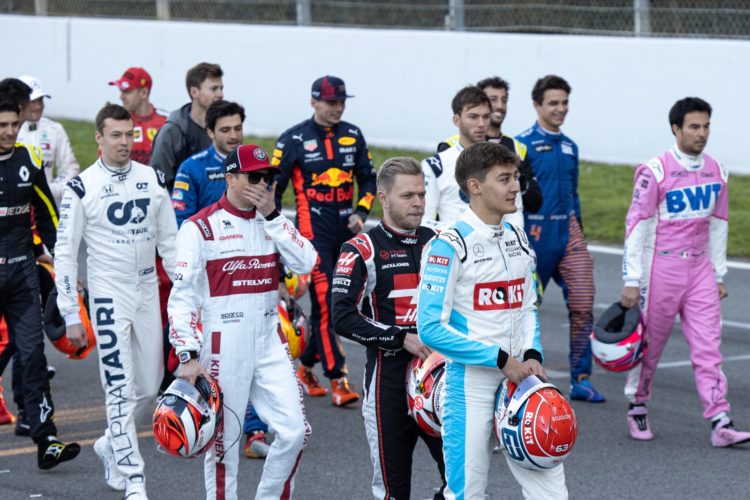 After a busy week with a few moves and more rumours, despite the 2020 season yet to turn a wheel in anger, MotorsportWeek.com takes a look at who’s going where for 2021.

Mercedes has had only four drivers since its Formula 1 return in 2010 and stability has been a cornerstone of its success. Lewis Hamilton is out of contract at the end of the year and, though he briefly flirted with Ferrari, is widely expected to renew for another deal – though wants guarantees that Toto Wolff is staying. Valtteri Bottas is an adept partner for Hamilton while longer term Mercedes has George Russell waiting in the wings.

Ferrari tied down Leclerc through 2024 shortly before Christmas and indicated that it wanted to continue with Sebastian Vettel. But the parties could not agree terms and opted to part company, creating a vacancy that has now been filled by Carlos Sainz Jr. The Spaniard, currently of McLaren, will join Ferrari on a two-year deal.

Red Bull likes to keep its signings in-house and in Max Verstappen it has a driver the team has already built around. Verstappen’s initial contract expired after this year but over the winter the team signed him on until 2023. Red Bull has yet to assess Alexander Albon over a full season but given his performances through 2019 is a shoo-in to stay with the team.

Sainz Jr.’s move to Ferrari opened a role at McLaren and it was swiftly filled by Ricciardo, who previously held talks with the team in 2018 prior to his move to Renault. McLaren also confirmed that Lando Norris will stay on until the end of 2021 – a feather in the cap of the Briton who so far has just his rookie campaign under his belt.

Assuming it stays in F1 who does Renault sign for 2021? It has already shelled out $40m for a driver who felt, after 12 months and 21 races, that the project was no longer viable. Fernando Alonso and Sebastian Vettel are on the market but would either be enticed to Enstone? Might Nico Hulkenberg fancy a return? Or could Renault look to its young driver scheme, which has Guan Yu Zhou and Christian Lundgaard at the front of the pack. Esteban Ocon is signed through 2021.

The team formerly known as Toro Rosso has yet to start a race under its new AlphaTauri guise but has two ex-Red Bull racers Pierre Gasly and Dany Kvyat as its line-up. Both are highly regarded within the team while the rebrand inches the Faenza operation away from its previous junior status. AlphaTauri nonetheless has Sergio Sette Camara as reserve while protégé Juri Vips’ planned year in Japan will determine his prospects.

Racing Point will become Aston Martin in 2021 and the Silverstone-based squad has Sergio Perez under contract until 2022, after signing a three-year deal with the occasional podium finisher last year. Attracting a huge name such as Vettel or Alonso would be a statement of intent for Aston Martin but to do that it would need either Perez to go, or for Lawrence Stroll to turf son, Lance, out of a Formula 1 seat at the team which he owns. Neither seem likely.

This is potentially one of the most open teams on the grid. The evergreen Kimi Raikkonen will be 41 come October and has yet to give a hint regarding his future. Antonio Giovinazzi occupies the Ferrari-linked seat for 2020 but the squad has a host of youngsters eager to prove their worth in Formula 2 this year.

Haas previously suggested it may evaluate its Formula 1 future but if the project continues than expect to see stability. Haas has made just one driver change in its history and has persevered with Romain Grosjean, even at his lowest ebb, while Kevin Magnussen has thrived at a team where he has been given a medium-term deal, and where he feels appreciated.

Mercedes protégé Russell inked a multi-year deal with Williams when he joined in 2019 and has regarded his time at the team as a long-term project. Should Mercedes wish to extract Russell from that deal for 2021 then finances would have to exchange hands. The yet-to-debut Nicholas Latifi holds the second race seat for 2020.