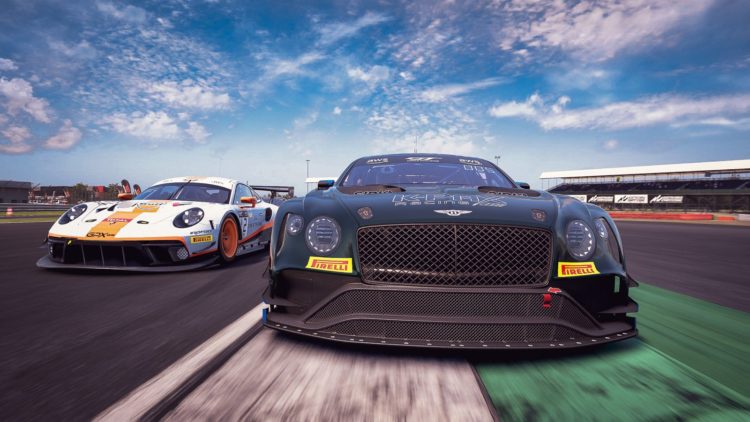 Bentley factory driver Jordan Pepper has taken victory in the opening round of the SRO E-Sports GT Series Pro race at Silverstone.

The South African driver inherited the lead in the early stages of the race after the leading pair of Fabrizio Crestani and Ben Barnicoat came together, allowing Pepper to move into the lead, which he would hold for the remainder of the race.

Barnicoat recovered from the early spill and survived a chaotic and incident-packed race to take second place in a thrilling finale. The McLaren factory driver passed both Raffaele Marciello and Luigi di Lorenzo in the closing minutes to take second, while Marciello would ultimately finish third in controversial fashion.

Marciello attempted a pass on Di Lorenzo at Vale, but the Mercedes driver would hit his compatriot from behind, forcing him wide and slipping through to take third place.

The race also featured a pair of Formula One stars in the form of current Ferrari driver Charles Leclerc and 2009 world champion and Jenson Button. The pair had mixed fortunes during the race. Leclerc was taken out in the early stages while battling with former F2 rival Luca Ghiotto.

The duo were fighting on the fringes of the top ten when the two made contact coming out of Abbey. Leclerc would later also serve a drivethrough penalty and ultimately finished in twentieth place.

Button was in contention for a top ten finish before contact with David Perel brought any hopes of a good result to an end, forcing the Briton to stop for damage repairs and leaving him far down the order.

Louis Deletrax was another early front runner in the GPX Racing Porsche 911 GT3 R before serving a drive through penalty of his own, ultimately finishing ninth. 2017 French F4 champion Arthur Rougier completed the top ten.